You are at:Home»Current in Zionsville»Zionsville Community»Zionsville announces new police chief

Zionsville Mayor Emily Styron announced Michael Spears as the next Chief of Police for the Zionsville Police Dept. today. Spears’ first day will be April 1. 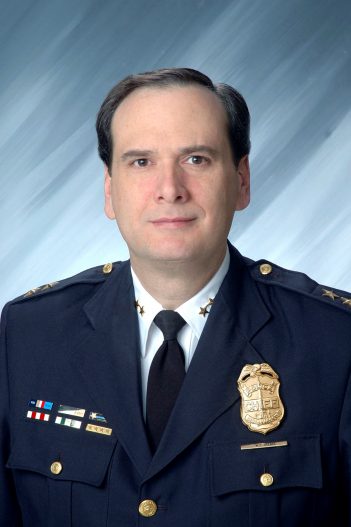 The announcement comes after ZPD Chief Robert Knox announced his retirement after 35 years as a police officer and eight years in his current role.

“Chief Knox is a beloved member of our community and has been a leader in Zionsville and Boone County for decades,” Styron stated. “I felt we owed it to the department and to the town to select a leader that could pick up where Chief Knox left off and carry us forward.”

Spears joined the Indianapolis Police Dept. in 1982 and served as the assistant chief of the department and as the chief of police. In his most recent role with Indianapolis Metropolitan Police Dept., he served as a deputy chief responsible for the performance and policy division.

“I am thrilled with the opportunity I have been given by Mayor Styron to lead the Zionsville Police Department,” Spears stated. “Zionsville is an outstanding community with a police department dedicated to the care and protection of all. I am honored to serve alongside Mayor Styron, her staff and the members of the police department as we work together to provide the highest levels of professional service every hour of every day.”

In the coming weeks, Spears plans to meet individually with all members of the police department, according to a press release.

Seventy candidates from across the U.S. applied, according to the press release. All candidates were thoroughly reviewed by a team of three former public safety executives, the former chief of the IMPD and the former Carmel police chief.

The interview process was conducted online due to the COVID-19 pandemic. Styron interviewed the top two candidates.

“I asked each to tell me where they believed the department could go under their leadership and how they would lead the department in that direction,” Styron stated. “One of my top priorities in making this selection is who demonstrated the best approach and experience to train and develop our officers for the future … that is defined by an inclusive community policing strategy that supports and protects our community. From the start, we have prioritized an open, fair and transparent process. This is a guiding principle of this administration.”