You are at:Home»Current in Carmel»Carmel Community»Fishers resident makes second run for Congress

Russell Stwalley traces his interest in politics to junior high, when he was elected president of his sixth-grade class. 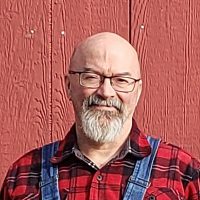 “I had two duties to fulfill,” he said. “The first was being responsible for raising and lowering the flag on the flagpole outside our school. The second was replacing the flag with a new one that had been flown over the (U.S.) Capitol Building. I did this by writing our representative, John T. Myers. It was that connection that got me into politics.

“It brought the abstract of what goes on in Washington, D.C., straight into my classroom. I wanted to be a part of it.”

Stwalley, 57, is now part of a crowded field seeking the Republican nomination in the May primary for the 5th District Congressional seat. He is one of 15 GOP candidates seeking to replace incumbent Republican Susan Brooks, who is not seeking reelection.

A proponent of term limits, a balanced budget and rooting out corruption in politics, Stwalley is making his second run for Congress. He made an unsuccessful bid in 1996 for the 7th District seat Myers occupied.

“That was more of a preliminary trial run than anything else,” said Stwalley, who has a bachelor’s degree in chemistry from Indiana University. “I was self-employed, and if I wasn’t in my store, I wasn’t making money. That greatly limited my time out on the campaign trail.

“But the important thing about running then, it prepared me for running now.”

Stwalley has had several occupations throughout his life, including being self-employed, working in warehouses, waiting tables and several jobs in the food industry. He is a self-described “dough master” for a pizza business.

Born and raised on a farm near Crawfordsville, Stwalley lives in Fishers with his wife, teenage son and two dogs. For more on his campaign, visit his blog at stwalleycongress2020.com.