When Matt Kraft learned the show would not go on approximately three hours before its debut, he felt that familiar disappointment.

Because of the coronavirus pandemic, Kraft learned Civic Theatre would have to suspend “A Few Good Men” performances at the Studio Theater at the Center for the Performing Arts in Carmel.

“It was a little like running out to the ice cream truck when you’re a kid and learning it’s sold out of everything but pistachio,” said Kraft, a Carmel resident and a 2008 Carmel High School graduate. “I’m not sure if that’s the right analogy, but I am sure pistachio is a terrible flavor for ice cream. I was very sad to hear about the postponement, but I am keeping a positive outlook. It was awesome working with the entire cast and crew on this for the time that we got to work on it.

“Obviously, there are much bigger problems in the world to deal with now, and I just feel lucky that I got to work on this play at all. I’m hopeful that in the future we can finish what we started.”

Like Kraft, Carmel resident Jonathan Scoble had a lead role in the military drama.

“We were all devastated,” he said. “It kind of felt like getting punched in the stomach. All that work we put into our production and we didn’t get to share it with anyone. It was a real shame. At the time, we were a bit naive to how serious the national crisis was and was going to be. I have since found some peace in the decision to postpone. We were simply doing our part to prevent further infection.

“While I credit the Center for the Performing Arts for the swift decision, it wasn’t without a fair amount of heartache and sadness for all of us involved in the production.”

Civic Theatre officials said they hope to reschedule “A Few Good Men.” Scoble said the cast would be ready to go on without too much more rehearsal.

“I’m an optimist, so assuming the original cast and crew are still available to proceed, I’d say not much (rehearsal time would be necessary) given we were show-ready when our run was postponed,” Scoble said. “That said, if we are in fact offered the opportunity to put on this amazing production, it will be our director’s responsibility to make that call.” 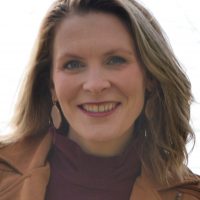 Another group of Civic Theatre actors was in its third week of rehearsing “Matilda the Musical,” which was set to open April 24. Zionsville Middle School seventh-grade language arts teacher Mikayla Koharchik was cast as Mrs. Wormwood, Matilda’s mother.

“It’s always disappointing to lose something which you have envisioned coming to fruition,” she said. “At this strange, unprecedented time we are all grieving loss, whether that be a job, a loss of being with students and colleagues or a special event or trip. Civic and community leaders absolutely made the right choice, but I am thankful for the many people making sacrifices right now so that places like Civic and other businesses and services can get back to work as soon as possible.

“I definitely hope that ‘Matilda’ can be remounted at a later date.”

Main Street Productions was set to open “A Raisin in the Sun” at Westfield Playhouse March 20. Nancy Lafferty, a McCordsville resident, was fulfilling a longtime goal of directing the powerful play. She said the cast grew concerned when Indiana Gov. Eric Holcomb announced March 12 a gathering limit of 250 people.

“At that point, we were thinking we might be safe, because the theater holds 60 seats and we would not top over 100 people,” she said.

On March 16, Holcomb limited gatherings to 50. At that point, Lafferty called off the rest of tech week and contacted the board.

“They graciously decided to keep the show alive and to mount it whenever we could,” she said.

Lafferty said the play should be able to remount quickly with a tech week of running the show in makeup and costumes for four consecutive nights.

“The cast has assured me that they will remain available for any chance of performing this show,” Lafferty said.