You are at:Home»Current in Noblesville»Noblesville Cover Stories»Magic in the air: Magician teaches free tricks online

Josh Cecil is a Noblesville High School teacher and a magician. With the COVID-19 pandemic causing schools to shut down, Cecil — who’s teaching classes from home — also uses some of his free time to teach online magic tricks. 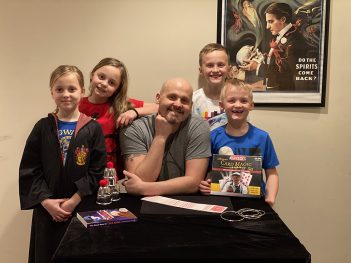 “I’m a magician on the side, and we were basically sitting around, me and the kids, and I was thinking of alternate activities we could do since we are stuck inside on this quarantine,” Cecil said. “I thought it’s the perfect time to learn magic because it’s the nature of magic that you have to sit down by yourself and grab a book and then just practice, which is the basis for anything you want to learn, right?

“So, I thought this would be a good opportunity to put out some easy magic tricks kids could learn while stuck at home.”

Although the tricks are geared toward kids, Cecil said the age range for learning is 5 to 85. Tricks can be performed with common household items such as playing cards, plastic grocery bags, coins, spoons and other objects.

When Cecil saw hundreds of people were interested in the free tutorial he posted on his Facebook page, Cecil Magic, he decided to video one trick per day for a few weeks while most people are quarantined.

Cecil teaches English at Noblesville High School. Most of his classes are elective, such as film, mass media and innovations. In addition to offering free magic tricks via his Facebook page, he is teaching students from home with eLearning programming.

“I’m kind of in a weird spot because I teach all electives, so my classes are all a little looser,” Cecil said. “Basically, I assign projects, so instead of doing a daily lesson, I have a project, and my students have a week to complete that project.”

Projects include watching a movie and completing worksheets on the movie’s themes and conflicts. Other projects include creating a music video, creating a video about the day in the life of a student in quarantine, or videoing learning a new skill and reflecting on the learning process.

“For a lot of other teachers it’s different because you’re trying to figure out how to take a 90-minute lesson and do that online in a way it won’t overwhelm students, so your core classes like English, math and biology are a challenge,” Cecil said. “It’s a challenge not only for the students but for the teachers as well, coming up with meaningful work that can be done over a distance.”

Cecil plans to offer a Harry Potter Magic Camp through the Noblesville Schools Miller Explorers for June 8 to 11 and June 22 to 25. For more, visit cecilmagic.com. 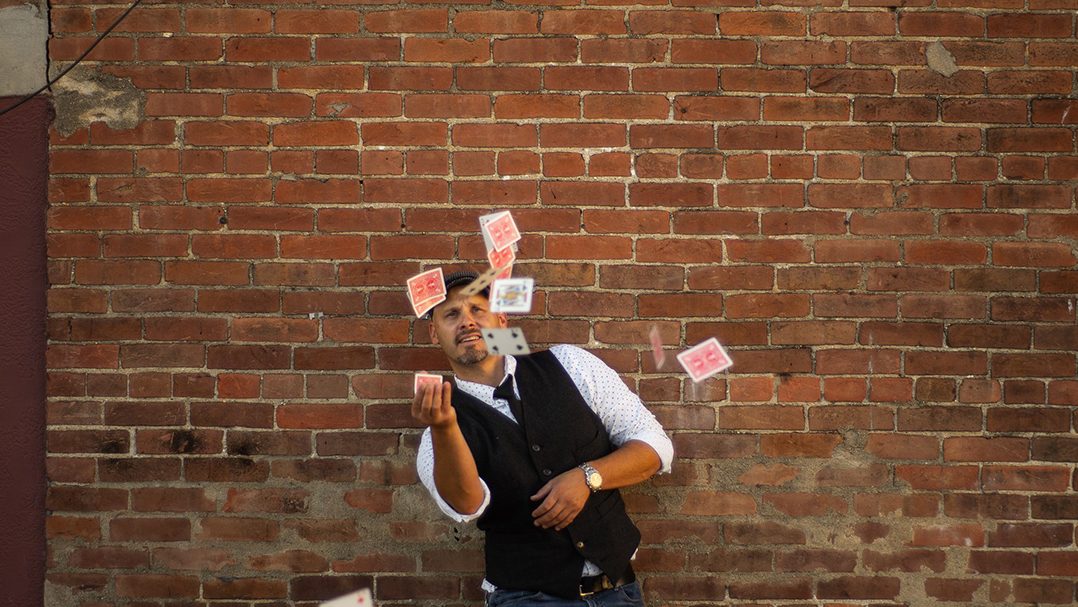 Josh Cecil performs magic tricks as a side gig. (Photo by Cooper Bernath)

Josh Cecil received his first magic kit when he was 4 years old. He has dabbled in magic on and off since then, but he became more serious about the skill three years ago.

“I had a student in my class (at Noblesville High School), and he started doing some magic tricks for a small group of kids in our downtime, and that made me remember some of my old tricks,” Cecil said. “I started going back and forth with him, and that got me excited about it again.

“So, I went down the rabbit hole from there and built a website and thought this would be something fun to do on the side to fill in the gaps, financially speaking.”