Herder was a producer on “La Leyenda Negra,” which made its premiere at the prestigious Sundance Film Festival in late January. 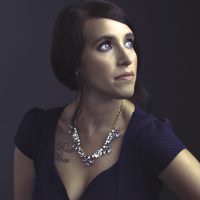 “It was crazy and unexpected,” Herder said of the Sundance acceptance. “(Filmmakers) always submit your films to Sundance. It’s a rite of passage that you get your decline from them, so we were very surprised and thrilled that they actually accepted our film.”

The 2010 Carmel High School graduate graduated from Ball State University with a bachelor’s degree in telecommunications and theater directing and then received a master’s degree in fine arts and film directing.

Herder said “La Leyenda Negra,” which translates to “The Black Legend,” is a coming-of-age narrative fiction film about an El Salvadoran teenage girl living in Compton (near Los Angeles) who is dealing with the typical growing pains of high school, trying not to get bullied by the popular girl, developing her first real crush and  losing her Temporary Protected Status due to the Trump administration’s immigration restrictions.

“Even though she spent the majority of her life in California, since she is not a born citizen to the U.S., she now risks losing her college scholarship, and that throws her world into jeopardy,” Herder said. “It is a story about walking in someone else’s shoes and about the fear of losing everything you have because you weren’t born a U.S. citizen — even though this is the country you know and love.”

Herder, who moved to Brooklyn in the fall of 2018, was a teaching assistant to Patricia Vidal Delgado’s class at UCLA. Delgado wrote and directed the film.

“I read the first 15 pages at a retreat and immediately fell in love with the characters and story she built,” Herder said.

Herder said everyone at Sundance was very supportive of the film.

“It was very special because the teenage cast all graduated from Compton High School,” she said. “This was their first time ever acting, and whether they want to pursue it or not is up to them. They came to Sundance to have this as an experience and they were just so grateful.”

Herder said she was very hands-on as a producer.

“Marcel Perez, the other producer, and I were the first people to arrive on set and the last to leave every single day,” she said. “We did all the contract and location negotiations, permits and down to the most minute detail.”

“I definitely still want to direct but I do love producing, especially producing stories about women and minorities,” Herder said.