Carmel High School senior Elie Anania had been eager to take the stage for the school musical.

“‘Little Red Riding Hood’ has always been a dream role of mine, and ‘Into the Woods’ is one of my favorites,” Anania said. 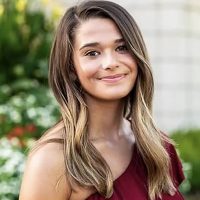 The musical, like all school activities, was canceled due to the coronavirus pandemic. The musical had been slated for May 14-16.

“When school got canceled for the first time when we were supposed to return after spring break, I was really hopeful that everything would get figured out in time so we could make up for the lost time and still be able to do the musical,” Anania said of the initial March 16 decision to close school. “When I got the email that the show was canceled, that was the first time I really cried since being out of school.

“Suddenly, everything became so real, and that’s when I realized I was most likely done with my senior year.”

Anania was a member of Ambassadors, the school’s mixed show choir, her senior year. She was in the all-female Accents as a sophomore.

“I also was really excited for our last choir concert because the seniors get roses and sing a song with the rest of the senior choir students,” she said.

“Of course, I wish it wasn’t cut short because we were such a fun and talented group, but I wouldn’t trade the memories I made this year for anything,” Anania said. “Once social distancing is lifted, hopefully we can get together and do our end-of-the-year activities to close out a great year, and possibly do our competition show one more time. The Ambassadors were actually asked to perform our competition show at Showchoir Camps of America at the beginning of July, but everything is so uncertain that we don’t know for sure if that is still going to happen.” 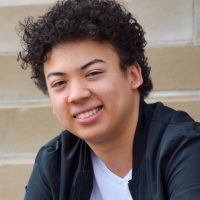 Senior Savion Bias had been cast as The Wolf in “Into the Woods.” In 2019, he played La Cienega in the school’s musical “Bring It On.” He performed in the Ambassadors his final two years.

“Obviously, it was very disappointing that the musical was canceled, especially for many of my friends who were cast in their first lead roles,” Bias said. “I was the most disappointed that Ambassadors lost our last couple of performances, including our last competition, the Legacy Concert, and the spring concert. Losing the final competition was particularly disheartening for me because it was going to be a great final send-off for the competition set and the seniors, but there isn’t much you can do when people’s safety is involved.”

Bias, who hasn’t yet made a college decision, doesn’t plan to major in music. However, he wants to get involved in collegiate groups.

“I’m planning on going to Showchoir Camps of America during the summer to continue performing,” Bias said. “I have gone every year and I hope to become a counselor later on so I can stay involved in show choir.”