A lifelong volunteer and small business owner, Republican Lyneen Burrow said she is a proven leader and hopes to fill one of three at-large seats on the Hamilton County Council,

“I come in with a fresh perspective, a loyalty to the people of this county and a passion for service,” Burrow said. “It won’t be business as usual.” 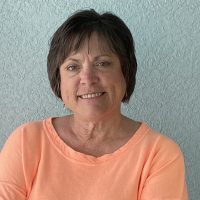 Top among her priorities is providing access to safe, healthy food for all children in Hamilton County. She said she plans to work with food banks and schools to achieve this.

“I hate to think in a county like ours that there would be one child that goes hungry,” she said. “We should be ashamed.”

Burrow said she also plans to provide access to affordable housing options that are safe and clean for senior citizens, veterans and the underserved, as well as development of more mental health facilities for drug and alcohol addiction.

In 2007, Burrow opened Always In Stitches, a sewing shop in Noblesville, that has hosted various charity events and employs more than 20 people.

Burrow, a Westfield resident, has spent years in the community giving back. She has served on the Hamilton East Public Library Board and has been involved with Hamilton County 4-H, where she currently is a of the Hamilton County Purdue Extension board. She has also volunteered at Conner Prairie and in several school districts and churches. She is a member of the Westfield Summit Lawn Cemetery Board.

“In the many ways I’ve served, I’ve written by-laws, began programs, delegated people, organized and administered people to do their jobs more efficiently,” she said. “I lead with my heart and listen to ideas, then make my decisions. I don’t want to sit and preach. I want to get out and listen. I have experience leading people, making money, successfully finding solutions and conflict resolution. At the end of the day God is in control, but I hope to show his light in whatever way I can.”

Burrow graduated from Westfield High School in 1976.  She has been married to Bret since 1982. They have two daughters, Liz (husband Aaron) Munson and Alyson (husband Robby) Bray, and three grandchildren, Ben, 11, Libby, 9, and Zeke, 8.