You are at:Home»Current in Fishers»Fishers Cover Stories»‘The extremes of illness’: Delaying a visit to the emergency room could be life-threatening for non-COVID-19 patients

Many residents are doing their part to help “flatten the curve” by sheltering in place and reducing visits to local businesses during the COIVD-19 pandemic. But when they don’t got to an emergency department because of an illness or injury, the delay could be life threatening. 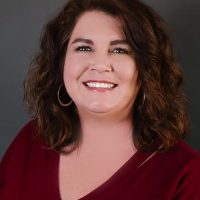 At Riverview Health, Lynne Bunch, the program director of the Fishers and Hazel Dell ER/Urgent Care facilities, said she worries daily that people are waiting too long to see a doctor for fear of coronavirus exposure.

“People are afraid to come out to the ER, and it leads to a much higher acuity level, or sickness, with people who don’t have a choice and have to come, and that’s dangerous for all kinds of reasons,” Bunch said.

“Preventative medicine is shut down, too, right now, so that’s an issue in delaying diagnosis,” Bunch said. “I have several examples of people waiting, and our acuity is much higher than it has been because when they do come in, they are much sicker than they would be.”

Bunch said if someone is second-guessing whether or not to seek care, the answer is to seek it.

“If you have an acute illness, go to an emergency department. Our facility is a unique model because if you are urgent level care, you are billed urgent level care and you will still see an ER physician and ER-trained staff,” Bunch said. “If you do need to be an ER patient based on what ails you, we can do that right there, too, and you won’t have to be transferred.” 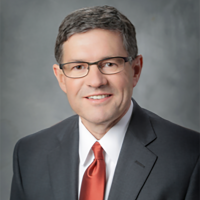 Ascension St. Vincent is noticing a similar downturn in its non-COVID-19 patients.

“Our experience has been same as pretty much everywhere around country. The number of patients presenting with stroke and heart attack are down significantly,” said Dr. Edward Fry, chair of cardiology at Ascension St. Vincent. “Initially, people were embracing that as a good thing, a silver lining to isolation. Maybe people were not stressed and sleeping more, exercising and eating better, but what we are really finding out is people are fearful.

“We are seeing the same phenomenon where people are deferring care and staying home.”

Fry said a recent patient had a prolonged episode of chest pain and eventually visited the hospital a week later, where it was discovered he had had a heart attack.

“He was lucky enough to survive,” Fry said. “There are a lot of examples of that. We are trying, through many different ways, to connect to patients to reassure them that every precaution to keep them safe is being put in place and to not forget their original health problem they had in the first place, especially for things like heart attack and stroke where time is of the essence in terms of treatment. If someone presents in a short timeframe of having a stroke, they can often be treated and reverse the effects of that stroke. Otherwise, it can be disabling lifelong. That’s similar with a heart attack.”

Fry said heart attack cases are down by approximately 50 percent as of early March, but he doesn’t believe that means heart attacks aren’t happening. 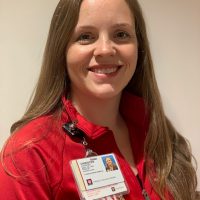 “We are separating folks based on screening in the emergency department,” Director of the Medicine Service Line Christen Hoeppner said. “If people are worried about sitting next to somebody who possibly has COVID, we are physically separating them with a wall.

“There are two areas of the department, two entrances, all of that.” 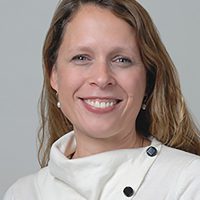 “I would say the evolution of this thing has been really interesting,” she said. “Initially, people were coming in just like regular when it first started, and people were concerned they had COVID, and so we were very busy because of it. It then reached this steady state where people started dropping off and not coming in except only for COVID, and we were seeing people in the extremes of illness. They were waiting until they reached the extremis. It has kind of become apparent that people were concerned that they were going to get coronavirus or have exposure or use valuable resources, so we weren’t seeing a lot of minor stuff, but we also weren’t seeing serious stuff, stuff people get admitted for.  People were coming in extremely sick because they waited such a long time, so we have mitigated that risk by dividing the emergency department and waiting rooms into a cold side and hot side, as we call it, a side for COVID-exposed or concerned and a side of not concerned.

“We still treat everybody with the upmost precaution. We mask everybody to mitigate the risk of spread.”

Like other hospitals, Community Health has seen a steep downturn in patients. 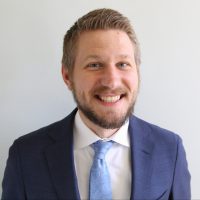 “Statistics have indicated overall numbers (of non-COVID-19 patients) are down significantly, and those illnesses obviously don’t wait for the COVID-19 pandemic to go away. They happen, regardless,” said Dr. Chris Ross, a Community Health emergency medicine physician. “The overall emergency department volumes (that are) down significantly makes me concerned patients aren’t seeking care when they need help.”

Ross said delaying a visit can result in serious health problems, including death.

“We have seen people who have had pretty significant permanent injury because of the wait and also people who have had deaths,” he said. “We see that directly attributed to waiting to be seen because of coronavirus. Family members are afraid to come to the emergency department because they are concerned of getting the coronavirus, but unfortunately that (non-COVID) illness (and waiting to seek treatment) made them pass away.”