You are at:Home»Current in Carmel»Carmel Community»Brain tumor fundraising campaign found to be fraud

Michel Perusse raised more than $37,000 in 2018 and 2019 through a GoFundMe campaign to fund immunotherapy treatment for a malignant brain stem tumor.

So when Hamilton County Deputy Coroner Mark Epperson prepared for her autopsy after she was found dead Feb. 6 in her Carmel apartment, he was prepared to discover a tumor. But it wasn’t there, a finding some people familiar with Perusse had begun to suspect. 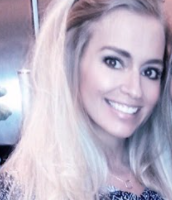 “We deemed it accidental because she had prescription medicines at her side table that she did not take,” he said. “She did not take them all.”

A GoFundMe account was set up in 2018 to fund a treatment for brain cancer. According to the GoFundMe post, Perusse learned she had an inoperable brain stem tumor in March 2015, and then in October 2018 she wrote that she learned the brain stem glioma was malignant. The average survival rate for that form of brain cancer with traditional treatment is 15 to 18 months.

The GoFundMe campaign had raised more than $25,000 when Current in Carmel did a story on her plight in February 2019, detailing her desire to raise $80,000 for immunotherapy treatment at a clinic in Mexico, Germany or Belgium. This particular treatment had not been approved yet in the U.S., except for clinical trials.

A GoFundMe spokeswoman said Perusse withdrew the $37,332 raised for her cause, but the spokeswoman would not comment specifically on Perusse’s case.

Those who donated to Perusse’s GoFundMe campaign are eligible to receive their money back. GoFundMe issued a statement regarding how it handles scams:

“Campaigns with misuse are very rare, and we take all complaints very seriously. If a misuse of funds takes place on GoFundMe, donors are protected and their donations are refunded. Our team works with law enforcement to report issues and assists them in investigations. Our platform is backed by the GoFundMe Guarantee, which means that funds are guaranteed to go to the right place or donors will get a refund. In the rare case that GoFundMe, law enforcement or a user finds campaigns are misused, donors are fully protected. At the end of the day, what matters most to us is that our users are protected and those who need help get the help they deserve.”

Epperson said Perusse’s doctor said he was treating her for migraines.

“He said the last scan was an MRI from 2015 and it didn’t show anything,” Epperson said.

Epperson said her doctor was concerned he had missed something.

“I said, ’No, I’m more of the impression that this may have been a scam,’” Epperson said.

Current found other inconsistencies in Perusse’s story. She had said her mother died suddenly when she was 9, but Perusse didn’t want to give a cause of death. Actually her mother, Patti, had left Perusse with her adoptive father when she was young and still is living in Colorado. Perusse also lied about her age, saying she was 42 in 2019.

Fishers resident Mark Benham, who adopted Perusse at a young age while married to her biological mother, said the autopsy confirmed suspicions the family had about the cancer.

The Carmel Police Dept. investigated the situation and determined no one else was involved in Perusse’s deception, so no charges will be filed.