You are at:Home»Current in Fishers»Fishers Community»Fishers resident authors book for educators

Brian Scott had an idea for a book to assist educators long before he put it all down on paper.

“I’ve had this book in my head for 15 years or so,” Scott said. “When my wife had a teaching assignment, I told her about it and she said, ‘You have to write that book. Teachers need to know about that information.’” 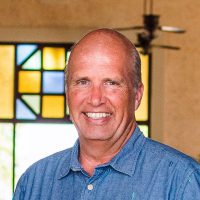 The Fishers resident’s book, “Concept-Based Instruction: Building Curriculum with Depth and Complexity,” is designed for teachers, administrators and curriculum directors from elementary to early high school.

Scott, who has a doctorate from Ball State University, worked in education for nearly 40 years, retiring from school administration in 2019. He is working as an instructional coach with Perry Township Schools in Indianapolis.

“I’ve gone into a little less stressful area of the field and had time to write it,” he said. “It was proposed and accepted in the summer of 2018. I had a year to write it, and final revisions were from September to December in 2019, and it was published in February (by Prufrock Press).”

Scott said he took theories of the works of contemporary leaders in the field of education and related them to practical and manageable classroom environments.

“It was theory that I used in the classroom before I went into administration full time,” Scott said. “I did use elements of it when I was a school administrator in programs. A principal has a lot of influence in the building but they don’t have the final decision.”

Scott was a teacher for one year and then assistant principal at Smoky Row Elementary for two years. Following a budget cut, he returned to teaching for two years at Prairie Trace Elementary.

“It was during those two years I developed this style of curriculum development and instruction,” he said. “I turned a hard situation into a positive. I learned all these things and never got to practice as an administrator.”

Scott then spent 12 years as a principal in Avon Community Schools.

Scott divided the year into six six-week units and looked for broad-based themes to encompass everything he was teaching during that period.

Scott then spent one year in instructional mathematics at Greenfield-Central Elementary School and was a principal at South Henry Schools for the 2018-19 school year. Scott’s wife, Jeanine, is a fourth-grade teacher at Geist Elementary in Fishers.

The book is available on amazon.com and prufrock.com.