You are at:Home»Current in Westfield»Westfield Education»Principal’s reassignment leads to community protest, request for reinstatement 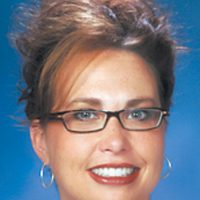 Following an announcement by Westfield High School that Principal Stacy McGuire will be reassigned to a new position as administrator of alternative learning, many Westfield residents and Westfield Washington Schools staff participated in a peaceful protest June 14 in an effort to convince the WWS Board of Trustees to reinstate McGuire as principal. A petition to reinstate McGuire as principal also was organized, and, as of press time, has received more than 3,300 signatures.

Current Publishing reached out to WWS for a quote from McGuire June 15 and has not yet received a response.

McGuire’s reassignment was approved as part of a personnel packet at the June 9 Westfield Washington Schools Board of Trustees meeting by a 3-2 vote. Members Rebecca Ogle and Bill Anderson voted against the packet. Members Amy Pictor, Amber Willis and Duane Lutz voted in favor of it. 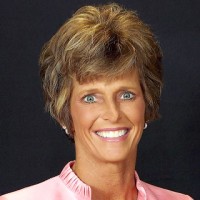 WWS Supt. Sherry Grate said the new position had been in discussion for some time, but that it was not opened up to any other applicants. She noted that McGuire did not apply for the job, but that McGuire’s strengths as principal would transition well into the new role.

“Creating alternative learning options for students was a part of our long-term plan,” Grate said. “When I went through the focus groups for the construction referendum about programs we had and programs we didn’t have, a gap in our school system was serving students who wouldn’t be successful in the traditional school system.”

Grate said in many districts, alternative learning programs provide an off-campus instructional experience from the high school or middle school.

“What we hadn’t necessarily done as a school district was create what that alternate learning program would look like, and that’s what this position would do,” Grate said. “Dr. McGuire would be creating that vision and mission for the alternate program at WWS and address learning needs of students who may not be successful in a traditional learning environment.”

Grate said the alternative learning program could possibly generate revenue for the district in a time of “tight resources.”

“I think all the qualities that the students are saying they appreciate and care about and love about Dr. McGuire are the same qualities we would want to have in the next leader (of alternative learning),” Grate said. “Change is hard. Dr. McGuire still is in the school district, she is still an administrator and she still is going to be working with kids.”

However, dozens of community members and WWS staff feel differently about the reassignment. Several WWS teachers have anonymously contacted Current Publishing expressing their displeasure with the decision. In addition, some expressed concern about where the district will get the funds for the new position, which, for McGuire, pays $133,000 a year. Moreover, some who emailed Current insist this is not the time for a transition as schools adjust to a new normal in the fall because of the COVID-19 pandemic. 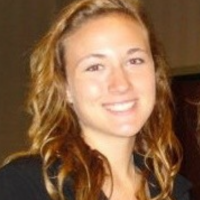 Former teacher Denise Niblick taught at WHS for three years before opting to stay at home with her child. She emailed WWS staff about her thoughts and experiences with McGuire when the reassignment was announced.

Part of the email read, “I think it’s important to share that while I haven’t spoken to Stacy regarding this drastic change, anyone who has ever worked for or with her would know this was not a matter of choice for the appointment. Dr. Stacy McGuire was a student at Westfield, a teacher at WHS, and has served as one of the very best principals in the state at WHS the past 17 years. Despite her amazing accomplishments and the overwhelming love that her staff and students have for her, our superintendent, Dr. Sherry Grate, has appointed her to a new position. How could anyone believe this is something Dr. McGuire would want?”

Some parents also are disappointed with the decision. Rebecca Fanter has had two sons attend WHS, one of which recently graduated. She said the graduate didn’t particularly love school, but Fanter said he loved his principal, whom many fondly refer to as “Stacy Mac.”

“She was at every extracurricular event or sporting event she could possibly be at, so she was Westfield High School for life,” Fanter said. “Teachers are very upset, and (the reassignment) is not being handled correctly at all. We don’t have that kind of money (as a district). How are we getting money to start this new position? They’ve been asking for money for years with referenda, and suddenly we have this money for this position? This is the worst time ever to have a change right now.”

Following the June 14 rally, a group of Westfield community members organized a list of requests they are sending to the WWS Board of Trustees. Requests include calling a special school board session to explain the decision, answer public questions and consider the reinstatement of McGuire as WHS principal and immediately conduct a confidential survey of all administrators, teachers and staff asking their opinions on the culture and leadership of the district’s central office. Another request is to ensure that no WWS employee who speaks out against central office is fired, demoted or punished and not extending Grate’s contract until after November, when the community’s voices have been heard. The requests also state that if the school board doesn’t follow through with the requests, it will “lead to a mobilization in the November elections from residents demanding a change in leadership on the school board and central office.”

Following the rally and the request, Grate and school board president Amy Pictor sent the following email to WWS families and staff:

“We understand the passion and support for Dr. McGuire. Watching and reading what has transpired over the past several days is disheartening. Disagreeing with decisions made by the superintendent and/or the school board is understandable and expected. However, the personal attacks and hatefulness toward school board members, WWS administration and the superintendent, only serves to further divide us. The situation pertaining to Dr. McGuire’s new role is a personnel matter. Privacy laws, for good reason, prohibit us from commenting on any details. We ask that you understand the limitations on what can be provided and respect the confidentiality of these decisions. Dr. McGuire has accepted this new leadership position. As a community it would be helpful to come together and support Dr. McGuire in her new role and the important work she will continue to do for our district and our community. We need to be able to disagree with one another in a productive way and set a positive example for our children. WE ARE WESTFIELD and our children deserve positive examples of civility in our amazing community. In Westfield — we are better than that.”