Dave Shepherd’s life took a bit of a turn when a drunk driver crossed the centerline. He found himself lying in the road after his car was hit.

“I had a little talk with the man upstairs to get me through this. I know there are more important things than basketball,” he said. “It was painful. Broken ribs, broken jaw. Thank God I had a seat belt on.”

Shepherd, then an Indiana University sophomore, was headed back home to Carmel on Ind. 37 when the accident occurred. He had just participated in the first practice at Assembly Hall in October 1971. 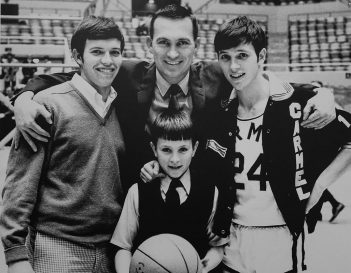 Shepherd, who celebrates his 50th year since wearing the No. 1 jersey as Indiana Mr. Basketball this month, returned to play that season for the Hoosiers. However, the Carmel High School graduate wasn’t himself.

“I suffered a broken ankle that was slow to heal,” he said. “My mouth was wired shut for six weeks. I should have redshirted but we only had eight players. I came back at the first of the year but was 60 percent (physically).

“Up to that point of laying out in the highway not knowing if I’d make it or not, sports was 100 percent (of life). After that, I’d say it was 75 percent.”

Shepherd had been recruited by former IU coach Lou Watson. At the time, freshmen weren’t eligible to play varsity. Watson was replaced by Bob Knight for the 1971-72 season. After playing in 11 games that season, Shepherd figured he didn’t fit in Knight’s plans and transferred to the University of Mississippi. Following a redshirt season, he led the Rebels in scoring for two seasons.

Shepherd started selling insurance before his final season at Ole Miss. In 1977, he founded the Shepherd Insurance agency in Carmel with few resources. Yet, he had contacts through the basketball world and proved to be a natural at sales.

“Winning Mr. Basketball is like branding. You can’t get away from it,” Shepherd said. “There’s a mystique to the honor, and you get to meet a lot of cool, nice people. That’s what life is all about. That honor has afforded me things the average guy doesn’t get to do. It’s one of the greatest things that has happened to our family.”

His older brother, Billy Shepherd, was named Mr. Basketball in 1968. Both played at CHS for their late father, Bill Shepherd Sr.

“I’m as proud as what (Shepherd Insurance) has done in business as what we’ve done in sports,” said Dave Shepherd, a member of the Indiana Basketball Hall of Fame and Insurance Business America Hall of Fame. “I don’t know if a lot of guys can say that. The effect we have on 350 to 400 employees. They do a lot for us. Internally, from a financial standpoint, how we can help that many people and their families is really rewarding.”

Shepherd and his wife, Sally, have homes in Carmel and North Naples, Fla. Florida is his primary residence.

Shepherd became chairman of the board this year while his son, Quinn, became chief executive officer. Shepherd mainly concentrates on acquisitions and spends time in the offices in Arizona and Florida. Shepherd Insurance has 26 agencies in six states.

Teaming up with Broadstreet Partners, a capital investor, in 2016, enabled Shepherd Insurance to expand its growth.

Jeff Kweder, a former golfer at Ohio State University, joined the company more than 35 years ago.

“We had three people. Now, we’ve got near 400 people,” said Kweder, company president and partner. “The most important thing is Dave was never afraid to keep putting (poker) chips in the middle, investing and working hard. A lot of that goes with his basketball mentality. Just outwork everybody, be tenacious, treat people right, hire the best people and be honest and ethical.”

Billy Shepherd said there are similarities between his brother’s basketball and business careers.

“When you are 5-foot-10 and you are the underdog all the time, you always have to go out and prove yourself,” Billy said. “There was no doubt he was able to do that athletically, and he was able to carry that over to his business environment. The lesson you learn in sports can carry over in life, and I think David is a great example of that.”

His brother has become the consummate point guard.

“He sees what everyone brings to the table and he’s able to get a little more out of him than the normal person,” Billy said. 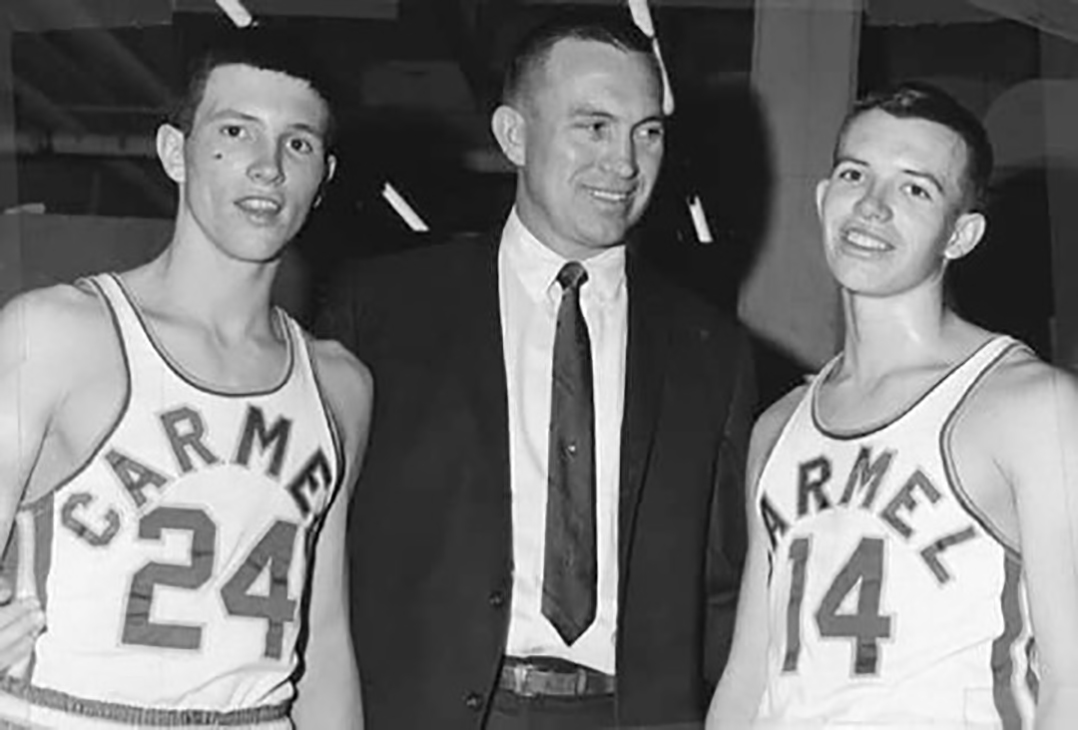 In addition to being Mr. Basketball, Dave Shepherd’s best basketball memory is reaching the state championship game in 1970 before losing to East Chicago Roosevelt. He set the state single-season points record, averaging 37.2 points per game that year.

“Fifty years is a long time to hold a record,” Shepherd said. “I’m surprised that record is still around.”

It’s become a running joke with former IU standout Steve Alford since Shepherd scored 1,079 and Alford scored 1,078 for New Castle in the 1982-83 season. Shepherd said he always holds up a single finger when he sees Alford to indicate his one-point advantage.