Drudge said Yan made her mark in the science department soon after starting classes at CHS.

“She has been a participant and leader of our Science Bowl team, which has gone to nationals each of the past four years,” Drudge said. “She has also been a leader for our Chemistry Club and has organized activities and demonstrations with elementary and middle school students, both in the Carmel school district and outside of the district. She has a passion for science and works tirelessly to share that passion.

“Iris managed to take the heaviest load of classes possible and still found time to put in extra hours in the science lab to prepare for the United States National Chemistry Olympiad.” 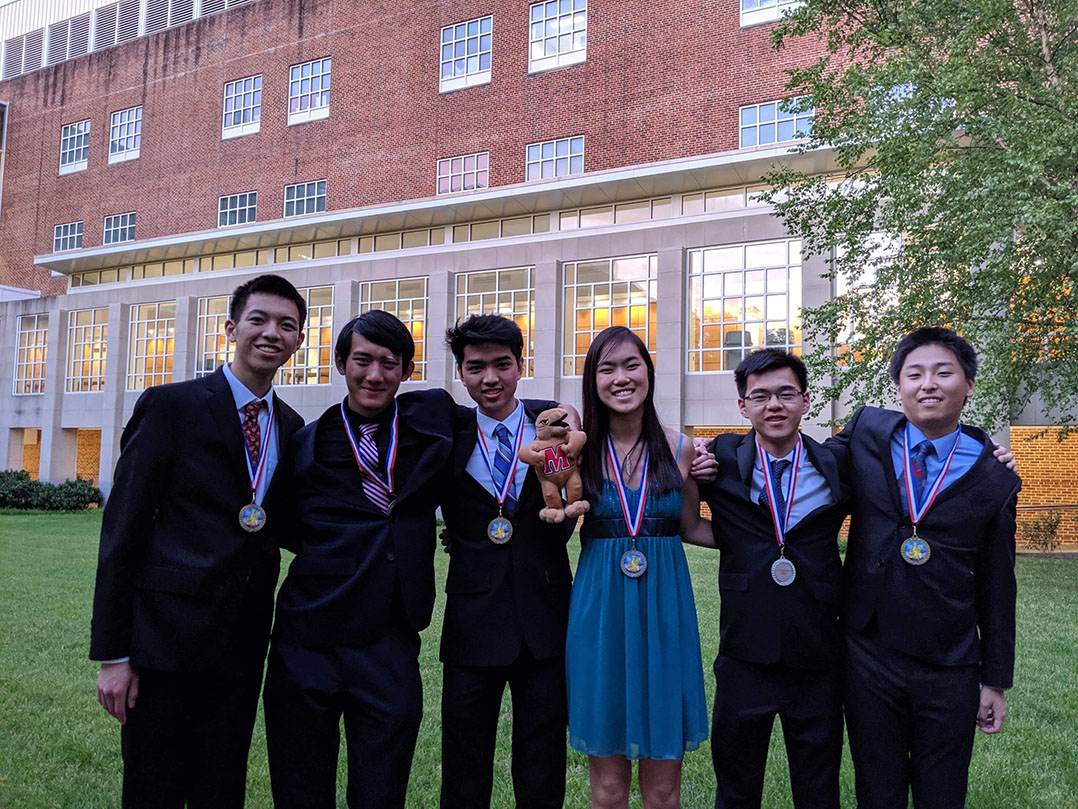 Each of the past three years, the 2020 CHS graduate has been selected to participate in the U.S. National Chemistry Olympiad Study Camp as one of the top 20 high school students in the nation.

“The most impressive aspect of Iris, though, is her humility,” Drudge said. “If you met her, you would never know all of the accolades that she has deservingly received. She is kind, considerate and thoughtful and is destined to be a great leader.”

The Harvard-bound Yan was recently named one of four winners of the 2020 Governor’s STEM Team awards. She was the winner in the science category, receiving a $1,000 scholarship courtesy of the College Choice 529 Program administered by State Treasurer Kelly Mitchell.

“(The camps) helped me with problem-solving and retaining information, being inquisitive,” Yan said.

Being selected to attend the Research Science Institute, a program at MIT every summer with approximately 80 students from around the world, was another major honor. Yan said it allowed her to conduct a research project, learn about several diverse fields and meet some incredible young scientists.

Yan plans to pursue a joint concentration, which she describes as the equivalent of a double major, in chemical and physical biology and in computer science.

“I am interested in the pharmaceutical industry and biotechnology fields,” she said. “I don’t know exactly what my career will look like, but I would love to work in that industry in some aspect, preferably in something related to business and marketing.”

Both of Yan’s parents were chemists at Eli Lilly Co. when she was younger. Her mother, Wendy Yang, is still an analytical chemist at Lilly while her father, Liang Zeng Yan, is a patent attorney.

“I grew up around chemistry, so there would be talk around the dinner table,” Yan said. “I think my interest grew with a family friend, Jianping Huang, who teaches (online) chemistry classes. I started taking classes from him when I was in the eighth grade. He got me into Chemistry Olympiad and inspired me to pursue it.”

Her passion grew stronger after attending the Chemistry Olympiad camp in 2018.

“I learned about chemistry at a level I hadn’t seen before, and it was cool to see the things you could do with it,” she said.

Yan served as president of the Chemistry Club and Girls Who Code, which introduces STEM to younger students through outreach events like science fairs and Hour of Code.

“Girls Who Code also strives to close the gender gap in informatics, a very prominent problem in the industry,” she said. “I also was part of the CHS Science Bowl A Team, a buzzer competition sponsored by the (U.S.) Dept. of Energy. We placed fifth at the national competition in Washington, D.C. (in April 2019).”

What was your favorite subject at CHS?

“I like pretty much all subjects equally, and each one helps me learn different things in different ways. I don’t think I can really pick a clear favorite, although I did really enjoy economics, among many other classes.”

What other activities were you involved in at CHS? 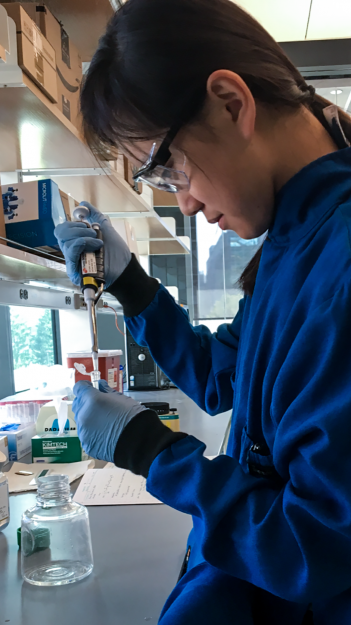 Iris Yan works in the lab.

“I’ve been heavily involved in debate, and reaching the finals in Public Forum at this year’s Indiana High School Forensics Association State Tournament and qualifying to the National Speech & Debate Association Tournament for the second time are among some of my most significant accomplishments.”

Was Harvard always your first choice?

“It was my dream school growing up. My sister also went to Harvard, and it’s a place we visited when I was younger and a place I’ve fallen in love with.”

What is your favorite way to relax?