Last summer, the Carmel Clay Schools board of trustees decided to ask Carmel residents if they would support a tax increase to bolster school safety by hiring more school resource officers and increasing access to mental health resources.

A few months later, local voters did just that by approving the state’s first school safety referendum. On Aug. 12 — the evening before students began the 2020-21 school year amidst a pandemic — CCS officials gave an update to the school board on referendum-funded measures in the works to protect students. 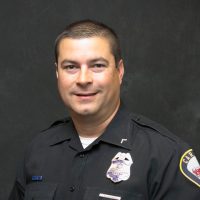 Schoeff said CPD received a “large pool of applicants” for the roles. He said the department selected veteran officers who have the right temperament for working with students.

“We do not bring brand new officers into this unit because we believe experience is critical,” Schoeff said.

CCS plans to hire approximately a dozen new school resource officers, which will allow an officer to be based in each of the 11 elementary schools and increase CPD’s presence at Carmel High School. Previously, CCS had four officers at CHS and one at each of the three middle schools.

CPD plans to interview additional school resource officer candidates in the winter of 2021. Schoeff said CPD is dependent on new recruits backfilling positions before additional officers can be moved into the schools.

Through the referendum, CCS officials also asked residents to support increasing mental health resources. CCS Mental Health Coordinator Stephanie Whiteside said after reviewing several proposals — and placing an increased emphasis on virtual options midway through the process — the district expects to partner with Ascension St. Vincent to offer these services. The school board will vote on the recommendation at a future meeting.

The partnership will provide several mental health resources on campus, such as therapy sessions, skills coaching, medication management, teacher consultations and transition support from the hospital back to a school setting. Most of the services are not currently offered on campus, which may deter some students from accessing them, CCS Supt. Michael Beresford said.

“This removes a lot of barriers,” Beresford said. “It’s going to make access to mental health support a lot easier for our families.”

If school officials identify a student they believe could benefit from the services, they will reach out to the student’s guardian to explain the program. CCS officials anticipate parents initiating the process as well once they become aware of the program. No student will be required to use the services provided at CCS.

Ascension St. Vincent plans to provide a program manager, supervisor liaison, 13 therapists and eight skills specialists. Many of the services will be covered by insurance or Medicaid, with CCS covering remaining costs. CCS Assistant Supt. for Business Affairs Roger McMichael said he estimates the program will cost the district $665,000 per year.

If the partnership with Ascension St. Vincent is approved, the program is expected to be rolled out gradually as positions are filled.