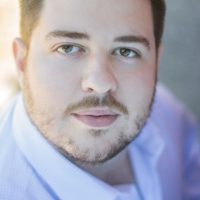 Like many performers, Rafael Porto has had his career put on hold for several months.

Porto had been living in Miami as an artist-in-residence at Florida Grand Opera, but since the pandemic, Porto has returned to his parents’ home in Indianapolis.

Porto will take part in Indianapolis Opera’s “Opera in the Park” at 7 p.m. Sept. 11 at MacAllister Amphitheater at Garfield Park in Indianapolis. It’s the third year the company has hosted the free concert. Capacity for social distancing is 500 and all those tickets have been claimed.

The event will be led by Indianapolis Opera Artistic Advisor Alfred Savia. Angela Brown will be a featured vocalist along with Porto, a bass baritone soloist.

“I’ve worked with Indianapolis Opera since 2011. It was one of my first shows,” Porto said. “I’m super honored to be part of this just to make some music again. Things ended abruptly (in March) when I was in Miami and I had many canceled performances. It’s good to be making music again. It’s what I do, and I think an opera is more than a job. It’s kind of a lifestyle. I definitely miss not being able to perform, so I’m glad to research different ways to make it possible.”

“Opera can seem like it’s unapproachable, sometimes a little scary to people,” Porto said. “But I think opera can be really easy to grasp, appreciate and love. But I think sometimes you have a bit of formal stigma to it, dressing up and (knowing) when to clap at the right times.”

Porto said if less formal events like “Opera in the Park” can just focus on singing, it might attract new fans.

“If that can inspire someone who has never seen a full opera to say, ‘I’d like to explore this more,’ I feel that is kind of job well done,” he said.

Porto took part in the first staged opera production in the U.S. after the lockdown was lifted in early July at the Northern Lights Music Festival in Minnesota.

“That was a different experience because it was a full opera production,” Porto said. “I definitely give credit to anybody that’s trying any new thing to just keep doors open.”