Carmel’s new luxury Hotel Carmichael’s Vivante is bringing a taste of France to the area. 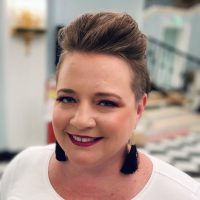 “We’ve been pretty busy. Breakfast and lunch have not been as busy during the week,” said Christen Angermeier, Hotel Carmichael’s restaurant manager. “It’s overlooking the gardens at the Palladium, so it’s a really nice spot for dining out at the patio.”

Angermeier said when making reservations, she suggests including if your preference is outdoor dining.

Avocado toast and croque madame have been brisk breakfast sellers.

“An omelet where you can choose your own fillings has been popular as well,” Angermeier said.

For lunch, the turkey BLT and steak sandwich are requested often.

“As far as salads go, we have a delicious tuna Nicoise salad and roasted beet salad as well,” Angermeier said.

“I don’t think it’s unapproachable,” Angermeier said of the price range of entrees from $28 to $36. 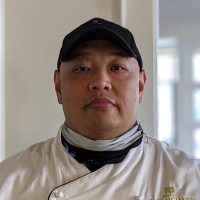 Joseph Hsu, who moved to Pennsylvania from Taiwan when he was 12 years old, serves as Vivante’s chef. He has 25 years of experience, including nine years at Landry’s Restaurants, first as executive chef and then as regional chef.

Hsu, a Noblesville resident, became executive chef at the Indianapolis Zoo in 2013. In 2017, he launched 5280 Bistro Hospitality.

Angermeier attended Le Cordon Bleu, earning a degree in culinary arts and an undergraduate degree from Indiana University. She previously was the general manager at Cake Bake and the Cunningham Restaurant Group.

Angermeier said the dinign capacity was supposed to be 100 inside and 25 outside. With the social distancing due to the COVID-19 pandemic, she said the average is 50 to 60 inside and outside.

“We decided to move some tables outside, and there are a few tables we are not seating inside,” she said.

Feinstein’s Cabaret will offer food when it opens.

“We’re hoping to open by the beginning of next year. That is the goal right now,” Angermeier said. “It’s still under construction. The main theme is dinner cabaret theater.”

A lobby bar called Adagio offers small-bites food and is open daily from 2 to 11 p.m.

“The most popular item is the charcuterie board, which makes sense because it’s a sharable item,” Angermeier said. “We’re making a decided amount of changes to the Adagio food menu.”