You are at:Home»Current in Carmel»Carmel Community»Carmel High School graduate to join Broadcasters Hall of Fame

Paul Mendenhall describes himself as not a very ambitious kid.

But when he heard about Carmel High School’s Radio Club on his first day of school as sophomore, he decided to give it a whirl. 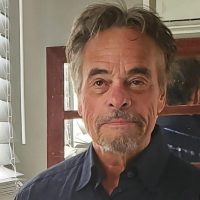 “It was really hard for me to stay after school, but I said, ‘OK, I’ll go check this out,’” he said. “I got on the air pretty quickly and just fell in love.”

“Without WHJE I doubt I would have had a career at all,” he said of the school’s radio station.

Mendenhall, 65, will be inducted into the Indiana Broadcasters Hall of Fame Oct. 22, which will be held as a virtual ceremony because of the COVID-19 pandemic.

“It was something I really, really hoped for and did not at all anticipate,” he said. “I really did not expect it. I’m very flattered. It’s a tremendous honor. There might be others more worthy, but I’m thrilled to have the honor.”

Mendenhall plans to retire as host of the morning show from 5 to 10 a.m. on WTTS, which he has done since 2001 at the station which serves FM listeners in Indianapolis and Bloomington.

“I hope to stay with WTTS and do things as needed,” he said.

Mendenhall said he still has energy through the show, but added after the show it’s nap time. Mendenhall, who lives in Gosport, is also a real estate broker with Carpenter in Greenwood.

“Radio gets in your blood. If you quit doing it for a while, you just get this urge to do it,” Mendenhall said. “I had left school teaching and left WIBC in 1999 to embark on a real estate career. I guess it’s an itch, but I sent off to WTTS for a part-time job. I had that for a few weeks and a full-time job opened up. They offered it to me and I accepted.”

“I was at the tail end of the glory years for WNAP in the early ’80s,” he said. “I started at WNAP part-time and when Buster Bodine, a well-known air personality, left is when I got a full time job at WNAP.”

Before that, Mendenhall worked for Bill Shirk at WXLW and WERK. Shirk, an escape artist, was known for his promotional stunts.

“Bill was a crazy guy and a great guy to work for,” Mendenhall said. “Never a dull moment with Bill.”