You are at:Home»Current in Fishers»Fishers Business Local»ClusterTruck launches at Kroger in Fishers 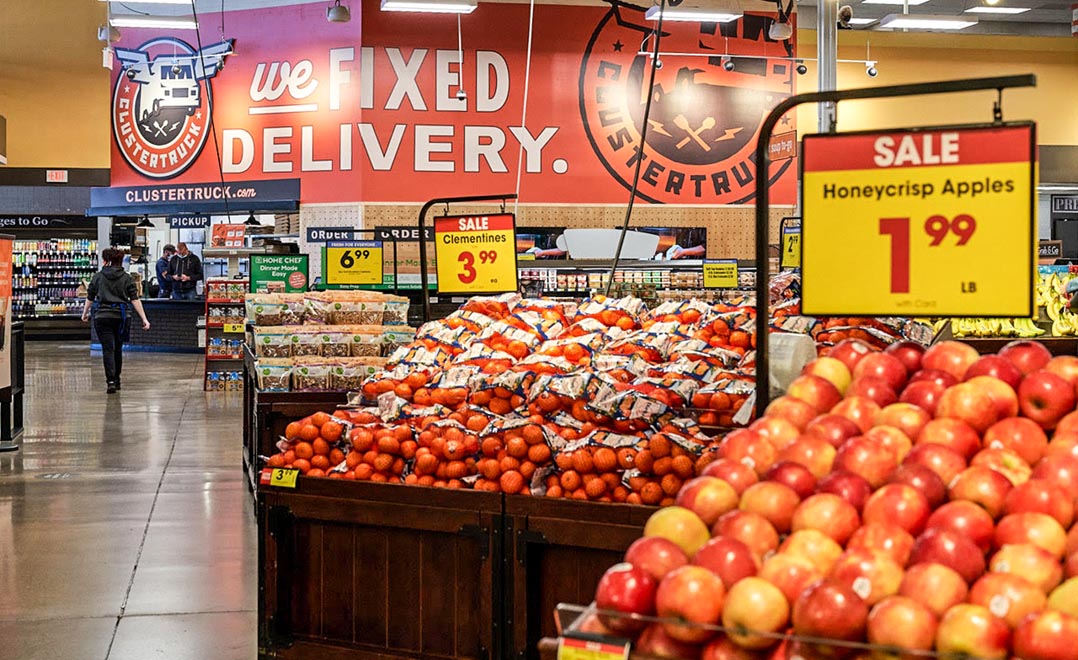 ClusterTruck CEO and co-founder Chris Baggott is convinced Kroger is the perfect fit for a national partnership with his company.

“They are looking to feed customers how they want to be fed,” Indianapolis-based Baggott said. “That’s their business and they are very forward thinking for a lot of groceries. The fastest-growing segment of food is prepared food delivered to the home. Nobody is really doing it correctly, except for ClusterTruck. We’ve been very successful in delivering food in under 22 minutes.

“We leverage a lot of technology and software and coupling that existing infrastructure. It’s just a natural partnership.”

Baggott said the idea is the kitchen can be placed at more Kroger stores in the future.

“But obviously, the journey of 1,000 miles begins with a single step,” said Baggott, who said the initial response has been strong.

Kroger and ClusterTruck’s on-site kitchens were developed from the momentum and insights of an informative pilot launched in December 2019 in Carmel, Indianapolis and Columbus, Ohio. Different from the off-site concept, the new concept will repurpose approximately 1,200 square feet at the two participating stores in Fishers and Dublin, Ohio, to create a culinary space for ClusterTruck staff to prepare meals for quick delivery and in-store pickup. Customers can order from a menu of more than 80 meals.

“Fishers is one of our most requested locations,” Baggott said. “We’re in Carmel, Broad Ripple and downtown Indy. We are in Columbus, Ohio and Kansas City. A lot of our customers work in downtown Indy and live in Fishers. With the technology initiatives fostered by (Launch Fishers founder) John Wechsler and Mayor Scott Fadness, it seemed like a natural thing to do.”

Baggott said prior to the COVID-19 pandemic, about half of ClusterTruck’s business was from other businesses.

“We’re finding huge demand from households now,” he said. “You got moms and dads working from home and kids working from home for school. Feeding people lunch is a big thing, and dinner is as well. These are trends that have been happening, anyway. The pandemic accelerated everything.”

Baggott said Kroger uses ClusterTruck’s software technology in the kitchen. There are approximately 15 employees at the Fishers store.

“It’s adding jobs, especially in the restaurant industry which is really under the gun,” Baggott said. “We’re fortunate to provide restaurant jobs when most restaurants are shedding employees.”

“The driver gets the food as soon as the food is done and we only deliver within a 6- to 7-minute radius of the kitchen,” Baggott said. “So, your food is never going to be more than 6 or 7 minutes old. We’re getting it to you faster than you could pick it up.”