As some school districts across the nation consider removing police officers from campus, Carmel Clay Schools is expanding its school resource officer program.

Thanks to a school safety referendum approved by voters in 2019, the district added four SROs at the beginning of the 2020-21 school year and plans to eventually have an officer at every campus. Previously, SROs were only assigned to the high school and middle schools.

Carmel Police Dept. Sgt. D.J. Schoeff, who supervises Carmel’s SROs, said the Carmel community has overwhelmingly supported having officers in schools, with the only local pushback coming from the Indiana Black Legislative Caucus, which has called for SROs to be replaced with social workers.

Schoeff, who also is the president of the National Association of School Resource Officers, said most people — even other police officers — don’t fully understand what an SRO does. Although they do have the authority to enforce laws and make arrests, that’s not why they are in the schools.

“It’s a very small, reactive role,” he said. “Most of it is a relationship role.” 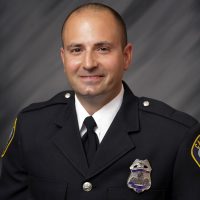 As a student in junior high, he made some bad decisions that led to becoming truant and could have led to worse.

“I had all the red flags as a youth that we would be concerned about now,” Lytle said.

But an advisor from the school visited his house and told him he needed to be in class. The appearance was so impactful that Lytle still remembers talking football with the advisor on the trip to school. It wasn’t a deep conversation, but it was the beginning of a relationship that encouraged Lytle to not only return to school but take on a leadership role there.

Lytle ended up graduating from Ben Davis High School and IUPUI and joined CPD in 2006. He didn’t initially plan to become a SRO, but as he reflected on his life, he realized it would be a good fit. He enjoys getting to spend four years building relationships with students rather than spending a few minutes with those he meets on traditional police calls.

“You see how meaningful this job is and how impactful it is,” he said. “I’m able to relate that back to my childhood, and I just want to give back.”

Lytle said every day in the school is different, but each one involves building relationships with students to help them stay safe physically, mentally and emotionally.

“We’re not just cops in schools,” he said. “There’s a relationship piece.”

Kayla Hauck, a 2017 CHS graduate who is studying secondary math education at Florida Gulf Coast University, said she initially thought the SROs were in the schools to “get students in trouble,” but when she approached Schoeff with a simple legal question it turned into a conversation that led to a support network Hauck didn’t know she had.

“It’s easy to feel like just another student in a school of 5,000-plus (students), but having adults around you that make you feel supported and important really makes all the difference,” she said. 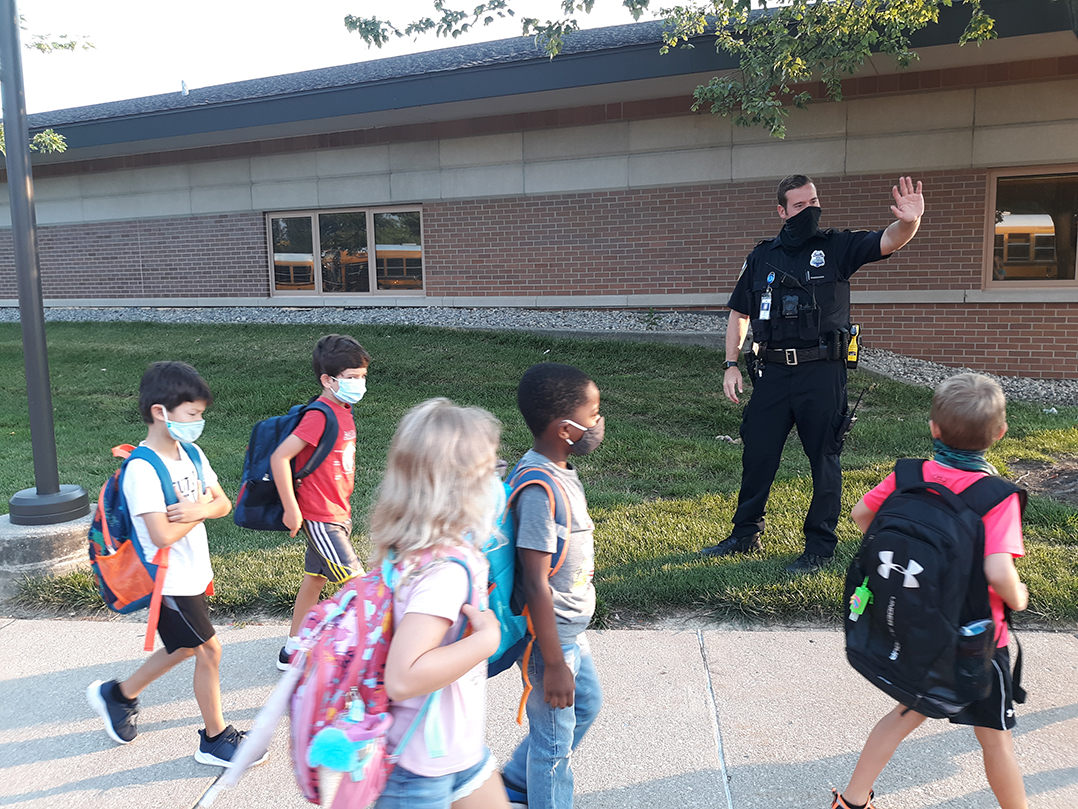 When Greg Zimmerman joined CPD in 2017, his goal was to become a SRO. He had been strongly influenced by a SRO in his high school, and he wanted to make the same kind of impact during his career. 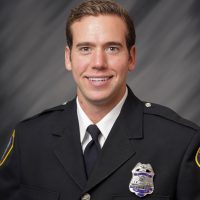 CPD, which maintains the chain of command over SROs, won’t place officers in schools until they first have experience patrolling the community, but Zimmerman achieved his goal this year as one of the first three SRO’s assigned to elementary schools.

Zimmerman shows up before school begins to welcome students when they arrive and is one of the last faces they see as they leave for the day. He travels between three elementary schools on the west side of town to build relationships with students and staff, develop and teach safety curriculum for elementary students and respond to a variety of issues as they arise.

Even in his first week in schools, he could tell that teaching students how to appropriately use social media will be a big part of his job. He’s hopeful that having a police presence giving positive guidance about social media use will translate to fewer problems in the high school several years from now.

“It’s a snowball effect. If we can start educating now, we’re going to see better outcomes in the future,” Zimmerman said. “Putting SROs in schools is a long-term solution.”

Schoeff said it’s beneficial to begin building relationships with students early, because it becomes more difficult as they grow.

“At the elementary level, there are times where you will almost have to fight your way through a hallway because the elementary kids will want to swarm you and talk with you,” he said, adding that a shift happens around eighth grade. “In high school, you’re almost having to fight to get their attention.”

He said a significant part of the job is working to understand what it’s like to be a kid today, as new technologies have made the experience vastly different from a generation ago. But it’s worth the effort, he said, because of the ripple effect it can have.

“These kindergarteners today are going to be leading our community one day,” Schoeff said. “Those positive relationships end up evolving into the community as a whole, where our community members trust and believe in and understand the true role and heart of all of our police officers. That’s the power across the country of the school resource officer program.”

Carmel’s school resource officers have many tasks to keep them busy during a typical school day, but they often find their schedules even more packed when school isn’t in session.

During summer break, Carmel’s SROs attend state and national conferences for school resource officers; train within their unit and with other SROs in Hamilton County; help run the CPD teen academy; check in on some of their students; and assist with CarmelFest and other assignments.

Many also try to squeeze in a vacation, but before they know it, the summer is gone and school starts again.

Carmel High School SRO Blake Lytle said he quickly learned it was a major misconception to believe he’d be bored during the summer.

“My family didn’t even take a vacation (the first year), the summer was so busy,” Lytle said. “I still feel like I didn’t get my office organized. There was not a lot of downtime. I was really surprised.”