The Noblesville Plan Commission hit a stalemate following a three-plus hour meeting Nov. 16 when it voted on a proposal for Beaver Materials to create a gravel and sand extraction site near Potter’s Bridge Park.

The vote followed several hours of presentations from city staff, the petitioner, the Hamilton County Parks and Recreation Dept. and a public hearing.

City of Noblesville senior planner Denise Aschleman gave a brief presentation in which she told the plan commission that city staff wanted the commission vote with an unfavorable recommendation, citing concerns that the proposal was in direct conflict with the goals and purpose of the preservation floodplain area within the city’s adopted comprehensive plan. She also said the proposal could cause serious water quality and quantity issues for one of Noblesville’s primary providers of municipal water supply, which has wells in the area.

Eric Douthit, an attorney with Church Church Hittle & Antrim, presented on behalf of Beaver Materials.
“It is our hope that even though everybody knows it’s there, nobody knows it’s there,” Douthit said of the extraction site. “We want this to be as invisible a process as possible.”

Extraction would be done by crane, mostly below the water level. Explosives would not be used. The site would operate from 7 a.m. to 5 p.m. Monday through Friday. Thirty truckloads of material would be removed from the site each day. If approved, Beaver Materials would construct berms around the site to restrict visibility from Allisonville Road. 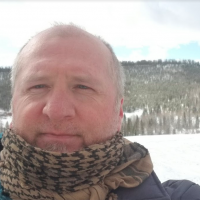 Hamilton County Parks and Recreation Dept. Director Chris Stice also presented, noting that if approved, the property donation would help fill a deficit with park and greenspace within the county.

Stice said further development of Potter’s Bridge Park would occur in five phases. At the end of the expansion, the park would be 125 acres with 4.5 miles of trails.

Phase 1 would include the immediate donation of 10 acres from Beaver Materials. The land would connect Potter’s Bridge Park to 20 acres currently owned by Hamilton Parks and Recreation to the south of the park. One mile of trails would be constructed in the first phase, and natural screening and native species would be planted to reduce noise and visibility of the extraction site. A second access point to the White River would be added for a canoe and kayak launch. Natural art also would be planned along the trailway.

“We plan to work with local artists to create natural art stations unique to the environment and Noblesville,” Stice said.

If the project is approved by the Noblesville Common Council, Stice said the parks department would reprioritize its 2021 budget to start the project.

Phase 2 would expand natural habitats for Indiana species and add boardwalks, pathways and outdoor environmental education opportunities. Phase 3 continues the expansion of restoring a natural habitat to provide native groves and open space, monarch waystations with milkweed and trails to the north of the project. Phases 4 and 5 would finish construction of the third and final mile of trail, completing a loop around the recreational lake which will be completed following the extraction process. There would be three piers on the lake for water recreation access points.

Leading up to the meeting, residents from nearby neighborhoods formed the “Don’t Leave it to Beaver” group protesting the proposal. The group’s main concerns are air pollution, water quality, traffic safety and noise levels. Those concerns were voiced again during the public hearing following the presentations at the plan commission’s meeting.

Following the public hearing, the plan commission couldn’t come to an agreement, with half the group voting to send the proposal to council with a favorable recommendation and half voting to send it with an unfavorable recommendation. One commissioner said the construction of the neighborhoods near the park caused more damage to the environment and wildlife than the proposed extraction site would. Another member said she would vote against the proposal becasue it contradicts the comprehensive plan.

Plan commission member Steve Cooke, who served as deputy mayor from 2016 to 2019, voted to send the proposal to the council with an unfavorable recommendation. He issued the following statement after the tie vote:

“I was disappointed that five of my fellow Plan Commission members were in support of the change in zoning that will allow for the gravel pit. I don’t feel that the concerns of residents were given enough consideration before our 5-5 vote on how we would forward the petition to the Noblesville Common Council. Clearly, the nearby residents will be the most impacted if this industrial operation is allowed. Even with the proposed expansion of the park by Hamilton County, there is simply not enough community wide benefit that would outweigh the concerns of our citizens and the threat to our natural resources. Combined with the fact this project doesn’t meet the recommendations of the city’s comprehensive master plan, which was approved by the Plan Commission earlier this year, and that Planning staff do not support the application – I felt we needed to send an unfavorable recommendation to the Noblesville Common Council.”

The Noblesville Common Council will discuss the proposal at its 7 p.m. Dec. 8 meeting. For more, visit cityofnoblesville.org.