You are at:Home»Current in Zionsville»Zionsville Business Local»Zionsville Chamber of Commerce: Small Business Saturday a success

Small Business Saturday in Zionsville, despite the COVID-19 pandemic, again created incentives for local shoppers and was a highly successful initiative, according to Zionsville Chamber of Commerce Executive Director Allyson Gutwein. 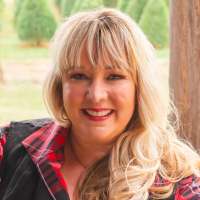 Small Business Saturday, an annual event held the Saturday following Thanksgiving, supports and promotes small businesses at the start of the holiday season.

“The idea was that we just want to make people feel that they were appreciated, and the businesses knew we were doing our best to drive traffic their way on a really critical weekend,” Gutwein said.

Totes sponsored by Heigl Real Estate Group team leader Laura Heigl were given to people who came to Zionsville to shop Nov. 28. In five random totes, $100 gift cards donated by Frances+Parke, Cobblestone, Akards True Value Hardware and My Sugar Pie were given out as prizes.

“We have a lot of efforts pulling people to shop small,” Gutwein said. “And we want to make sure that if we are going to do this again that we order twice as many totes and hand out more because we were running out, and people were still looking for them.”

Gutwein said Boone County’s convention and visitor bureau placed an ad on its billboard on Interstate 65 to remind shoppers to shop at local businesses during the weekend.

“This is such an important year to make sure that we are supporting our small businesses,” Gutwein said. “And whenever they get off to a really good start with people supporting them early, it means they’ve got money in the bank to sustain them (because) we don’t know what’s coming in the future. If we know that each and every day that we have provided good days for these small businesses, it’s another inch of cushion that they have and a little more insulation that they have against what might be coming in the future.”