You are at:Home»Current in Geist»Geist Cover Stories»‘A mission in the madness’: Presley’s Produce established after daughter’s passing

Michael Langan remembers the conversation he had with his daughter, Presley, when he presented her with his plan to establish the Presley’s Produce foundation.

“Why are you calling it that?” she said.

“This is yours,” Langan said. “This is something that will be yours.” 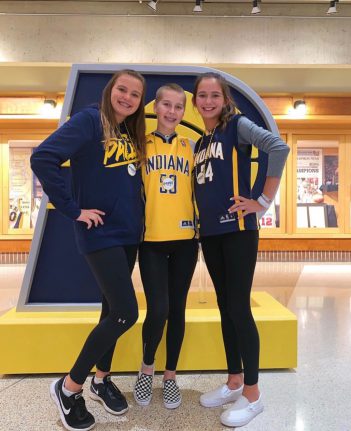 On Nov. 1, 2019, Presley died at age 15 from a rare form of cancer. Knowing how many marriages end in divorce after the death of a child, Langan and Rhea Langan, Presley’s stepmother, founded Presley’s Produce to process their own grief in a healthy way and help other grieving parents find “a mission in the madness.”

“It’s been helpful to know that we are doing something that’s going to keep Presley’s memory and her name and her legacy alive, and that we can help other parents who are going through a similar situation,” Rhea said. “It has been therapeutic in that sense.”

The commercial component of Presley’s Produce nonprofit promotes growing plants at home and indoors. Michael and Rhea are firm believers in the health benefits of homegrown produce, which can thrive throughout multiple seasons when the gardener is not dependent on the weather.

To that end, Michael and Rhea sell full-spectrum LED grow lights and grow tents, in addition to other indoor horticulture products, through their online store.

“Ultimately, I want to shift everything over to the foundation, even our commercial stuff that we’re selling,” Michael said. “The reality is, everything that we ever own is going to get donated to this charity.”

A few years ago, the Langans little about gardening. But after Presley’s death, they converted 400 square feet in their basement into what they call the “lab” so they could stay busy. Since then, they have significantly expanded their knowledge and their collection of plants.

The foundation broke ground on an outdoor garden Nov. 1, the 1-year anniversary of Presley’s death. Michael said about 35 people attended, and on that day alone they built almost 90 percent of the garden.

The couple said they are still developing the direction of Presley’s Produce, but they want to provide support for people in any way they can. One idea they have considered is working with other grieving families to help them discover a “mission” of their own — a calling into which they can pour productive and emotional energy.

“There’s a lot of things you can do to take your mind off the situation at hand, but they may not be productive (or) something that is healthy and something that can help others,” Michael said.

But finding a mission like the Langans found in Presley’s Produce isn’t a cure-all, Michael said. They remind themselves that they are running a marathon, not a sprint, in the wake of their loss.

“We just want to go slowly through the maze of days that happen when you’re trying to figure out how to exist in a world that your child no longer is in,” Michael said. 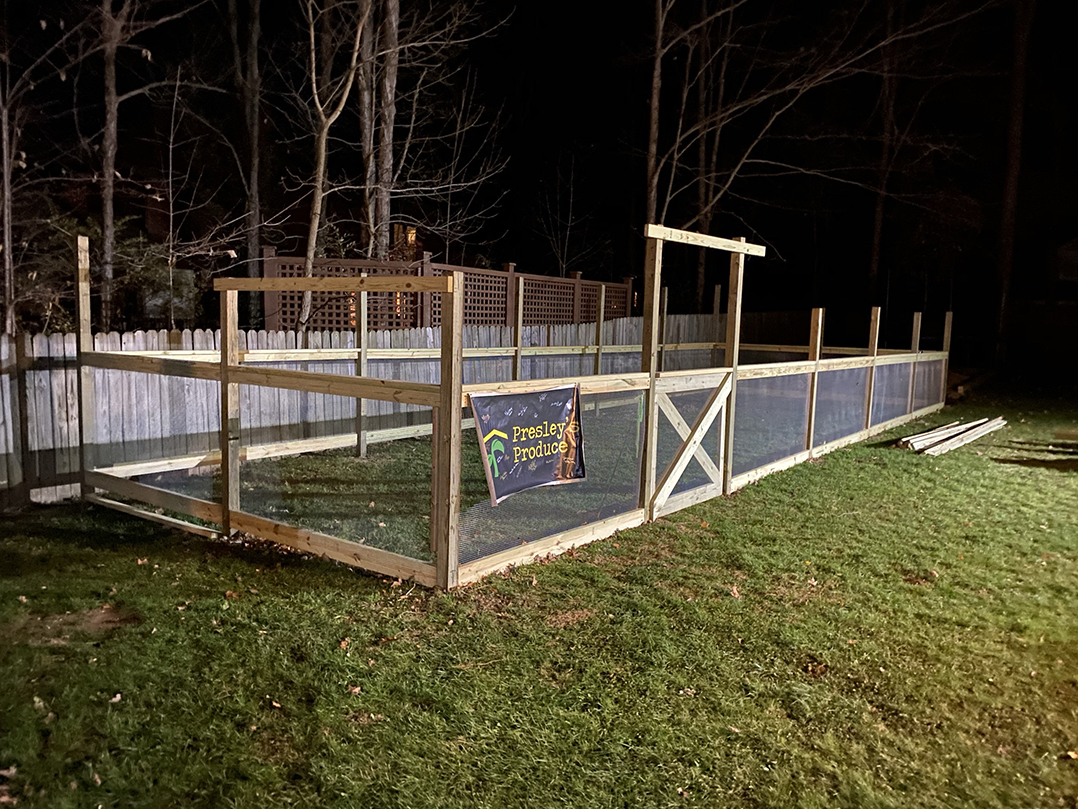 Family and friends gather Nov. 1 to build approximately 90 percent of an outdoor garden for Presley’s Produce.

While watching the local news one evening, Michael and Rhea Langan learned of Chase Smith, an Indian Creek Creek High School (Trafalgar, Ind.) graduate who has a type of cancer similar to what Presley had. It only seemed right that they should help in some capacity through their nonprofit, Presley’s Produce.

The next day, Michael reached out and offered to provide lighting for an outdoor living space for Chase that was already planned. The setup included a deck, pergola, hot tub and movie system.

“Not only did we provide lighting, I spent the entire week down there,” Michael said. “Probably 30 to 40 hours over the course of six days with my tools and my truck in the rain and muck helping to build this outdoor pergola. “