Carmel High School has a wealth of clubs for students to explore their interests. 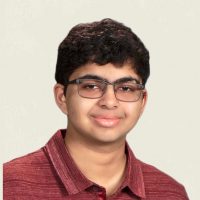 “From clubs centered on the arts and creativity to clubs focused on computer science, there is a club for every student to get involved in,” CHS junior Aditya Ariyur said. “However, it can be overwhelming, especially for incoming freshmen, to explore and find a new club to join that one would be interested in.”

Because Ariyur is involved in multiple clubs, he noticed the club management, communication and announcements were being handled through various platforms like Discord, Remind and Flipgrid, along with email and the school’s website. As a result, Ariyur was inspired to create the CHS Club Access App, which provides an integrated club environment that allows students to easily explore clubs and receive club recommendations using the inbuilt recommendation system.

Ariyur said his fellow students and club leaders liked how the app allowed them to easily manage clubs, members, events and communication all in one place.

Encouraged by the feedback and supported by teachers and administrators, Ariyur entered and won the 2020 Fifth District Congressional App Challenge competition.

“It was really a pleasant surprise to receive a video call from Congresswoman Susan Brooks and hear my name being announced as the winner,” said Ariyur, who received the call from during his computer science class in December 2020.

Ariyur started working on the app in June 2020.

“After school reopened, it was challenging to balance the schoolwork and the time this app demanded, and I was able to complete the app and submit the application just one day prior to the deadline in October,” said Ariyur, who wants to pursue a career in computer science.

The Congressional App Challenge is designed to engage students from across the nation in computer science and coding.

Ariyur will be invited to the virtual House of Code reception in the spring. His app will be featured on a digital display in a tunnel leading to the Capitol Building in Washington, D.C.

Share. Twitter Facebook Pinterest LinkedIn Tumblr Email
Previous ArticleOut of the darkness: Corrao’s book shares her journey from crime victim to advocate
Next Article Jeff Kelly and the Graveyard Shift will perform a livestream show at Studio Theater
Follow us on Social Media