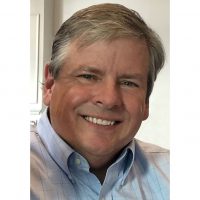 Tom Warner touched many as a father, youth sports coach and civic and church leader.

The community’s outpouring of support has comforted his wife, Wendy Warner, and their four children following his death from injuries in a Dec. 9, 2020 car accident in Arcadia. Warner, 56, was taken to Ascension St. Vincent Hospital in Indianapolis, where he died. As of Jan. 3, a GoFundMe campaign has raised $34,985 of a $45,000 goal to cover funeral and medical costs.

As parents’ youth leaders at Cicero Christian Church, the Warners were on their way to take daughter Abby and friends to a movie at Diana Theatre in Tipton. The youth group had rented it for the evening.

“I think Tom’s death, especially the fact that we were hit by (an alleged) drunk driver has rocked our whole community,” Wendy Warner said. “I think it makes everyone realize that life is so precious and to make every moment count. Life is but a blink of an eye in eternity, and we need to not get caught up in the small stuff and just love each other well.”

A former sportswriter and editor for the Johnson County Daily Journal, Greenfield Reporter and since-closed Noblesville Ledger, Warner moved into the insurance field. He spent the last four years working at Camico Insurance as the national sales manager. He served on the Cicero Economic Development Committee and on the Cicero/Jackson Township Board of Zoning Appeals.

Along with Wendy and Abby, 14, he is survived by three other children, son Stephen, 29; his son’s wife Miranda; and daughters Mindy, 26, and Lily, 22.

“We have been completely blown away by all of the community support we have gotten,” Wendy said. “We have received so many meals, cards, emails, texts, Facebook messages, monetary gifts, friends and even people we hardly know stopping by to give us gifts. But most of all, the constant love and prayer surrounding our family has been unbelievable, such a blessing and a gift from God.”

Wendy said a Dec. 19 candlelight vigil in the parking lot of Cicero Christian Church was such “a beautiful tribute to Tom and the man of God he was.” The couple started dating when they were students at Bishop Chatard High School in Indianapolis. Warner graduated from Butler University, where he was a kicker on the football team.

“Tom was the love of my life,” Wendy said. “We started dating from the time I was 16 and he was 18, and the rest is the wonderful history. I feel like we had so much more life to live together and I can’t imagine doing life without him. He was my rock, our whole family’s rock and our protector. I know he is happy and safe in heaven, and for that my heart smiles and I rest in the peace of knowing we will be with him again someday. But we are left heartbroken and trying to figure out how to pick up the pieces, and it can be scary and overwhelming. I think we are all working on rejoicing in all the beautiful memories and trying to take it one day at a time.”