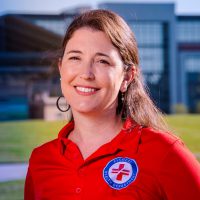 Public Health Director Monica Heltz gave an update on the COVID-19 pandemic in Fishers through a YouTube video for the week preceding Dec. 29. The review was the last for 2020.

Heltz said the city remains in the severe category for high-risk community transmission rates. The percent positivity for that week was 17.5 percent for the county and 13.85 percent for Fishers. The case incidence rating was 92.50 per 100,000 residents.

“All three these remain very firmly in our red, or severe risk, category, so we will remain in red,” Heltz said. “These metrics are better than they were (the preceding) week, so that is some good news. However I do not expect them to remain better.”

Heltz attributed the decrease to erratic holiday activity rather than a true decrease of cases.

“We are very anxiously anticipating further increases into January, unless all of you have used extreme caution and safety in your activities during this holiday season, and I hope that’s the case,” Heltz said.

Heltz said there was a 20.7 percent availability for ICU beds. She also said that influenza was “pretty non-existent” in Hamilton County and attributed the low numbers to mask wearing, hand washing and social distancing.

Five additional COVID-19 deaths were reported in the update, and Heltz expects more in the coming days.

“We do expect to see deaths from Christmas happening in about a month from now, unless again, we were all extremely careful and cautious,” she said.

There were more positive cases in December 2020 than in November. The cases are expected to increase again in January.

Heltz also spoke about how Hamilton County residents are the second most mobile residents in the state, specifically citing a spike in movement between residences.

‘I would caution you if your neighbors are having gatherings, please do not participate,” she said.

Most cases in Fishers are among residents in their 40s. For more, visit fishers.in.us/1154/Fishers-Health-Department.