You are at:Home»Current in Westfield»Westfield Community»Zaiger resigns as Westfield’s city attorney 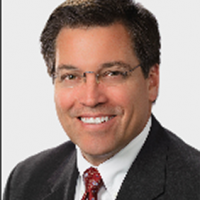 Brian Zaiger resigned from his position as Westfield’s city attorney Jan. 4. Zaiger sent the resignation notice to Mayor Andy Cook via email and referenced a phone call between the two of them the night before.

Current in Westfield obtained a copy of the email through a public records request.

“As it appears that I will no longer be able to discharge my duties with the integrity and professional responsibility I have maintained for nearly 30 years in representing the Town/City of Westfield, I am happy to submit my resignation rather than accept the alternatives presented,” the email stated.

The email did not describe what the alternatives were.

Zaiger stated he would continue his efforts “within the terms in place” as best he could until further notice from the administration to prevent a lapse or inconvenience to the officers, departments, boards, commissions and other city agencies.

Zaiger is an attorney at Krieg DeVault. As of press time, he had not responded to Current’s request for comment.

City of Westfield Communications Director Vicki Duncan Gardener stated, “Brian has been a great asset providing excellent counsel to the City of Westfield for almost 30 years. We wish him all the best in the future. As the new legal counsel is brought up to speed there will be no disruption in services to the City Administration, City Council or Clerk’s Office.”

As of press time, Duncan Gardener did not confirm if a new legal counsel had been named yet.