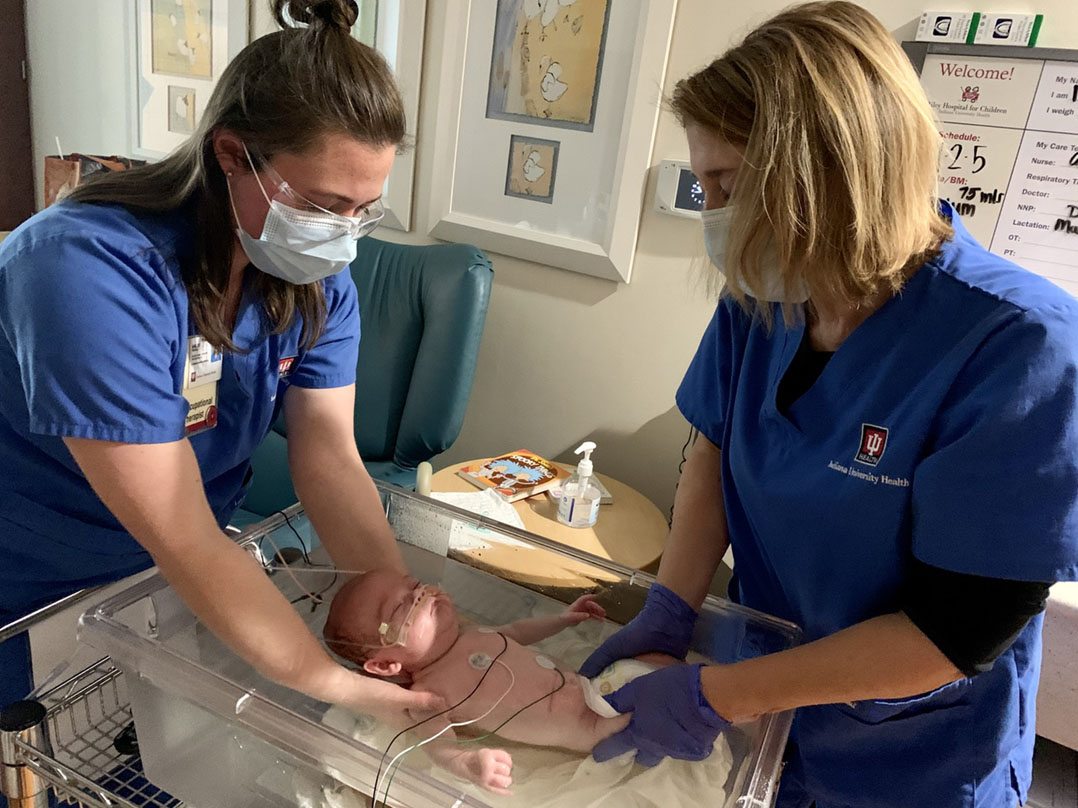 Stephanie Bushur learned about the benefits of hydrotherapy for use in the neonatal intensive care unit at a national conference for neonatal therapists in Phoenix approximately a year ago.

“There were a few hospitals in the country that started doing this, developed the protocol and published the success they were having in their programs,” said Bushur, a physical therapist for IU Health North in Carmel. “We contacted two of those programs to find out successes in their programs, protocols they used and, based on their input, developed our program.”

Bushur, a Westfield resident who has been practicing physical therapy for more than 25 years, is leading the hydrotherapy treatment at Riley Children’s Health at IU Health North Hospital, which aims to improve feeding by getting babies in an alert state as they transition out of the water.

“It has definitely contributed to increased feedings, which helps shorten length of stay in the NICU,” Bushur said. “If they feed independently and breathe independently, that is usually when they are discharged home.”

The sessions have other benefits of strengthening the arms, legs and core muscles of premature babies, decreasing lower body tremors and encouraging active hip and knee flexion.

Bushur said babies have to be able to regulate their body temperatures, be off a ventilator and not have any significant episodes where their heart rates decrease and their oxygen rates go down.

“They have to be medically stable to qualify,” Bushur said. “I fill a basin with water and the water temperature has to be 101 (degrees) to allow for 10 minutes of immersion after which the temperature will begin to cool.”

Bushur said IU Health is believed to be the first NICU in Indiana to use hydrotherapy. She said the hospital was preparing to start the program earlier in 2020, but COVID-19 put those plans on hold.

“When the pandemic hit, we got busy in our NICU and we couldn’t implement it,” Bushur said. “We had less family to help implement, so we started in July when we could coordinate more families into it. We’ve been doing it pretty regularly every week since August.”