You are at:Home»Current in Carmel»Carmel Education»Area superintendents ask state to reconsider ILEARN requirements 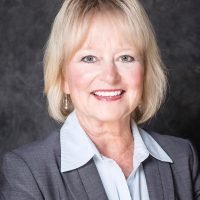 Noblesville Schools Supt. Beth Niedermeyer and several other superintendents across Hamilton County and central Indiana recently wrote a letter to the Indiana State Dept. of Education expressing concern about the state’s plan for ILEARN testing for the 2020-21 school year.

The letter states that school districts are working hard to plan for the upcoming ILEARN testing requirements.

“During this unprecedented year, we have found this to be a daunting task,” the letter stated. “The current testing plan would divert much needed time, attention and resources away from critical student learning needs. It would also place an excessive burden on our virtual families, which this year make up approximately 10% of our population.”

Typically, ILEARN testing takes four to eight days to complete, depending on the grade level. It is conducted in the spring. ILEARN replaced ISTEP in 2019 as the state’s standardized testing mechanism. This year, superintendents claim that since districts are operating different learning models, including in-person instruction and virtual instruction because of health department guidelines, testing time could double for ILEARN requirements, meaning it could take eight to 12 days to complete. During the Noblesville Schools NWEA testing in the fall, only 50 percent of virtual students attended an in-person session at Noblesville Schools to take the test, despite special accommodations the district made for students.

“Factoring in additional time for makeup testing due to higher COVID absenteeism, we are not confident that ILEARN can even be completed during the testing window,” the letter stated. “Large numbers of virtual students have refused to come to school for NWEA testing, despite multiple invitations and implementation of aggressive safety measures. We believe that most virtual learners will not come in for ILEARN, jeopardizing our ability to meet federally required 95% participation.”

If the schools don’t meet the 95 percent threshold for testing, it could lower their overall academic rating and put federal funding in jeopardy.

District superintendents also claimed they are experiencing high absenteeism rates among staff because of COVID-19, and ILEARN administration increases the number of staff needed.

“Due to staffing shortages, we believe we will be unable to administer ILEARN and meet even the most basic needs of operating our schools,” the letter stated. “For virtual students, additional testing factors must be considered including: transportation, food services, facility space for social distancing, health & safety, and equipment & supplies. With the current testing plan, we will not have space to accommodate all learners.”

The superintendents ended the letter by asking the state officials to reconsider the ILEARN requirements.

“We must preserve desperately needed instructional time, student learning, and health and safety,” the letter stated. “We simply cannot administer a testing plan that does not account for the current world in which our schools are operating today.”