You are at:Home»Current in Geist»Geist Cover Stories»Behind the curtain: Arts for Lawrence Executive Director Judy Byron gives a preview of the near-complete Fort Ben Cultural Campus

As executive director of Arts for Lawrence, she is intimately familiar with every detail of the two-year renovation – from the musical swings to the ceramics workspace to the artist-in-residence studio.

Not surprisingly, she and her staff look forward to the May 22 opening.

“Some days I think, ‘When is this project ever going to be over?’ and then other days, I think, ‘Oh, my gosh, look how fast this is going,’” Byron said. “I’m kind of down in the trenches.”

The May 22 grand-opening of the Fort Ben Cultural Campus will kick off a series of summer events hosted by the arts organization.

The renovation project includes an addition on the theater, an outdoor plaza and amphitheater, musical swings and the transformation of a historic building into an art gallery. An augmented reality app also will be released so visitors can learn more about the history of the fort as they explore the campus.

“Because we sit in a historic theater that was built as a theater to entertain the enlisted (military) men, I think we have an opportunity and really a duty to celebrate its history,” Byron said.

Byron envisions the cultural campus helping make Lawrence an arts destination for the northeast side of Indianapolis. Prior to the Arts for Lawrence organization, she said the area was an “art desert” due to lack of public art programming.

“We feel like we have filled a needed niche for the arts in this area of Indianapolis,” Byron said. “We also love the City of Lawrence. Fort Ben is such a hidden treasure of Indianapolis, and we’re trying to help the mayor of Lawrence make this city into a destination instead of a drive-through city.”

The city’s historical ties give Lawrence unique potential for the arts, Byron said. That’s why many aspects of the cultural campus are a nod to the fort’s origins and serve as a form of education about American history in general. 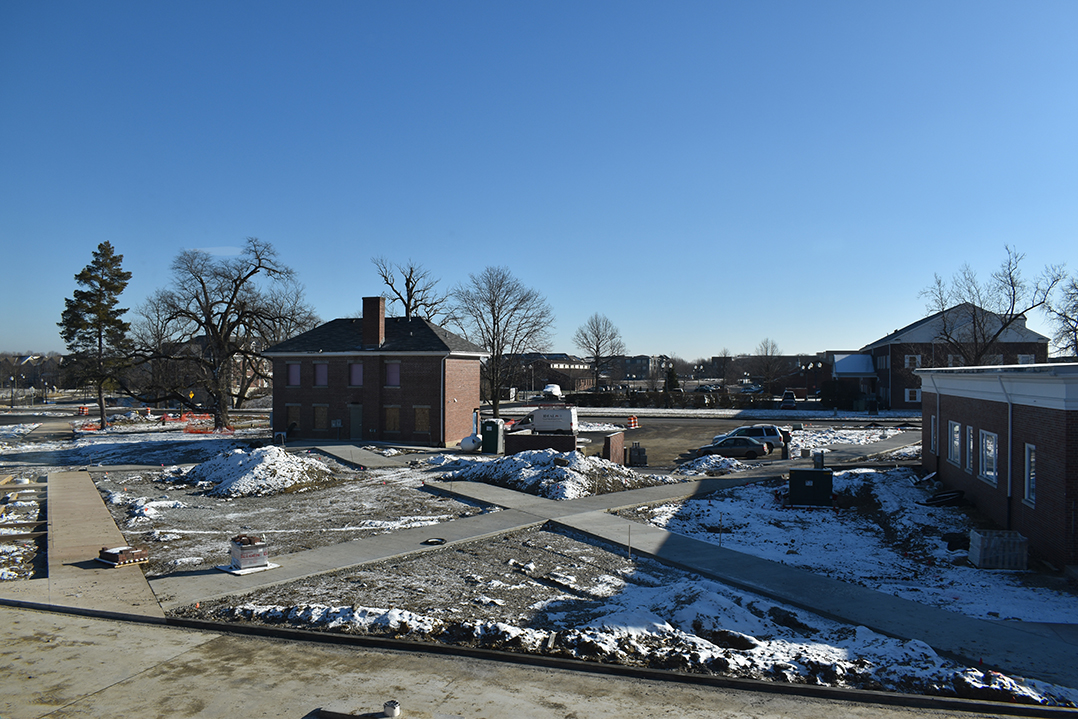 For example, Byron said the visual arts center on the campus is an intersection between the past of Fort Harrison and the future of Arts for Lawrence. It previously was the unused Communications Building for the military, but the Arts for Lawrence team decided to transport the empty building to the cultural campus and repurpose it as an art gallery.

“When does a city get to completely reenvision its downtown by taking historic structures and repurposing them as a new downtown?” Byron said. “I just think that’s such a cool way to reinvent your city. It should be celebrated.”

Visitors to the campus can expect a variety of upcoming events, including musical performances, a Juneteenth celebration, children’s activities and more. Programming will begin in May in the new amphitheater, and outdoor events will continue throughout the summer and fall. The organization want to start indoor performances in the fall as well. 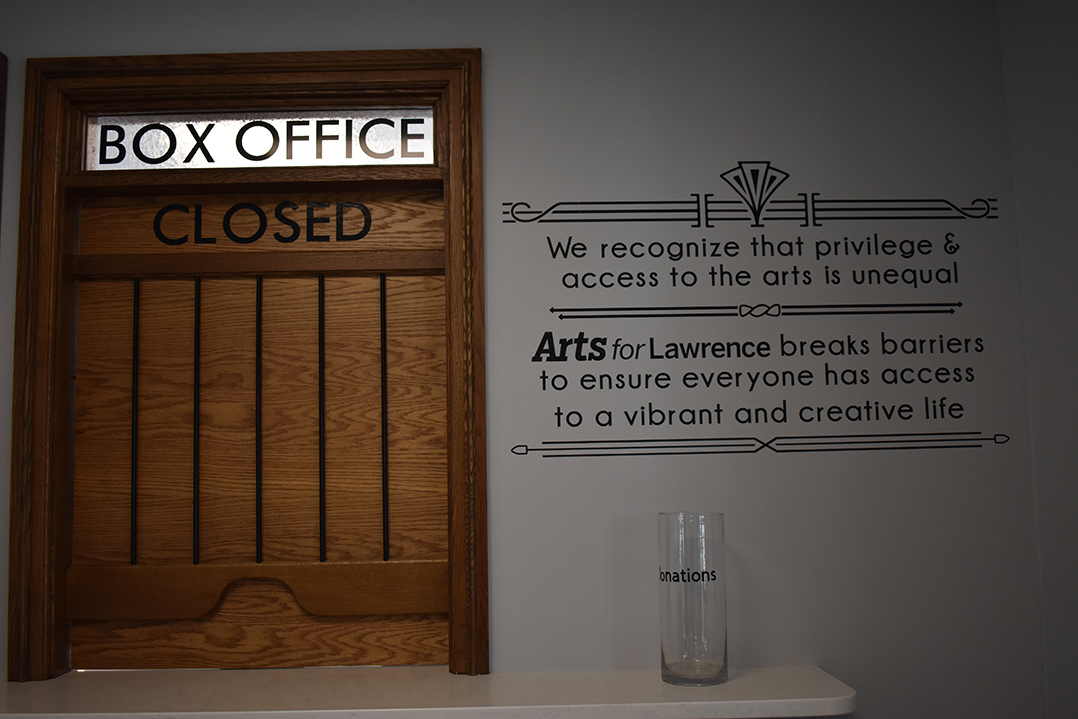 The COVID-19 pandemic caused Arts for Lawrence to limit its programming, leading to a loss of more than $100,000 in would-be revenue.

The COVID-19 pandemic limited Arts for Lawrence’s programming throughout 2020, causing the organization to lose more than $100,000 in would-be revenue.

“We’re doing OK, but we are eager to reopen to the public,” Executive Director Judy Byron said.

Arts for Lawrence ran some virtual programming, but the staff could not hold any in-person events after COVID-19 lockdowns began in March. Byron said the organization received financial support from the CARES Act to continue operating.

If there is a silver lining for Arts for Lawrence due to the pandemic, it’s that the lack of programming offered uninterrupted time to progress with the Fort Ben Cultural Campus Project and even renovate the theater, Byron said.