You are at:Home»Current in Carmel»Carmel Community»Carmel’s Evan Lurie Gallery to relocate to smaller location 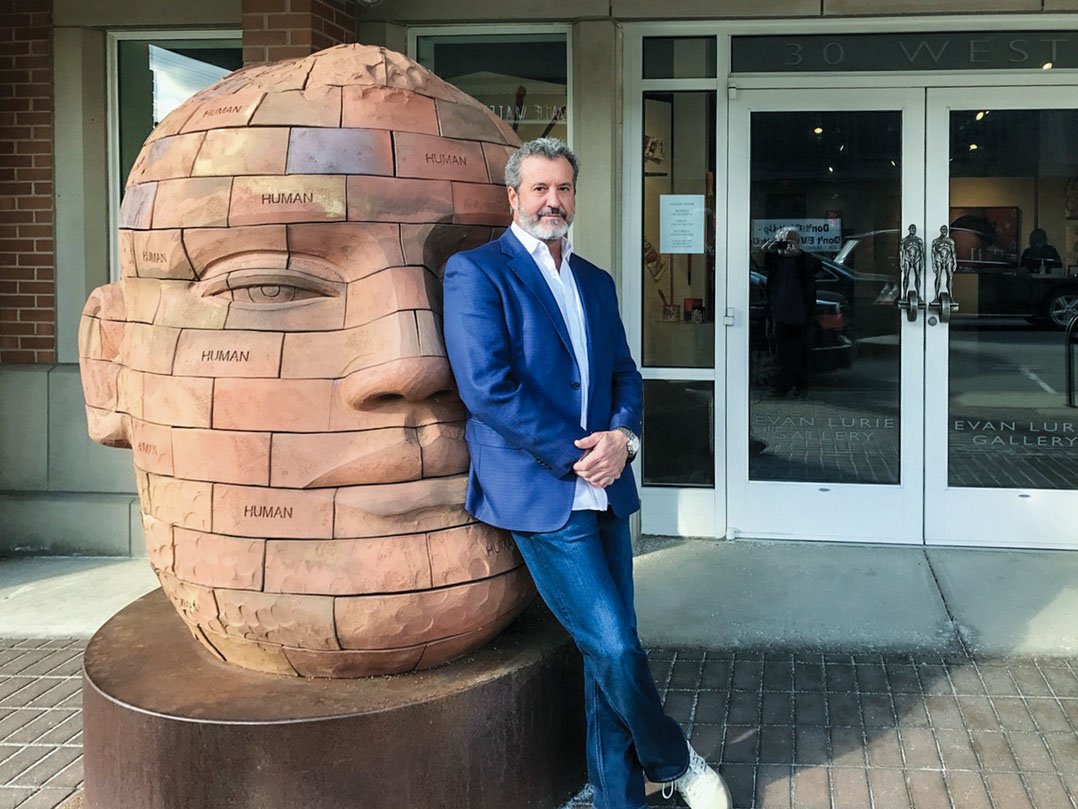 Owner Evan Lurie plans to move his art gallery to a smaller location in Carmel. (Photo by Mark Ambrogi)

The COVID-19 pandemic has been tough on many businesses, none more than in the art and music world.

“It’s been a difficult (time). The bulk of the money in this industry is from art fairs, and all these shows have been canceled,” said Evan Lurie, owner of Carmel’s Evan Lurie Gallery. “We’ve basically not had any income since all this started. Unfortunately, it’s hit us hard.”

That has forced Evan Lurie to make some tough decisions. He plans to relocate his Carmel gallery, with its centerpiece spot in the Carmel Arts & Design, to a smaller space in the district. He said he plans to vacate his present space of more than 5,000 square feet at 30 W. Main St. likely in April or May.

“We’re looking for a smaller space in Carmel we can take until the shows come back, somewhere we can downsize to for the next two years,” Lurie said. “Then I might talk to (Carmel Mayor Jim Brainard) about getting into one of the new projects in the next 18 months. This year is again going to be a difficult year for the art world. We have to navigate through this and come back for 2022.

“We’re kind of taking a hiatus from retail and doing more of an online-type of profile.”

At the same time, Lurie is seeking another spot in Delray Beach or Palm Beach, Florida, he said. He said he’d like to get the location open in the next six to eight weeks.

“Most of my income the past 20 years has been through art fairs and shows in South Florida. That’s where a lot of clients are right now,” Lurie said. “They used to go in winter homes and now make it year-round homes. The housing market is booming in the Palm Beach area. It’s the hottest market in the country.”

Lurie said a lot of galleries from L.A., New York, Chicago and Boston have relocated to the South Florida area to take advantage of the market.

“We have to go where the money is,” he said. “The sad thing is, I’ve made this my home. It’s frustrating. It’s depressing, to be quite honest. I’ve spent a lot of energy and time here. My kids were raised here. I love this place. I have to do what I have to do to keep things afloat. When things come back, I want to come back and open again (on a larger scale). Now, I want something small here just to keep a presence.”

Nothing has been settled on what will go into the location when the gallery moves.

“Everything’s not static in business,” Brainard said. “Businesses come and go. We have a very healthy established art district at this point. I think we will continue to have it. The good news is, he’s going to stay in Carmel and he’s going to find a gallery here, probably a smaller space.

“It’s been in essence a wonderful gift to the community. It’s been almost a free museum with some of the best contemporary artwork available.”

Brainard said all galleries nationally are having issues with no art shows.

“People who want to spend a lot of money on really, really expensive art go to these shows, but they still need a physical location somewhere,” said Brainard, adding that Carmel is a relatively inexpensive place compared to Los Angeles and New York.