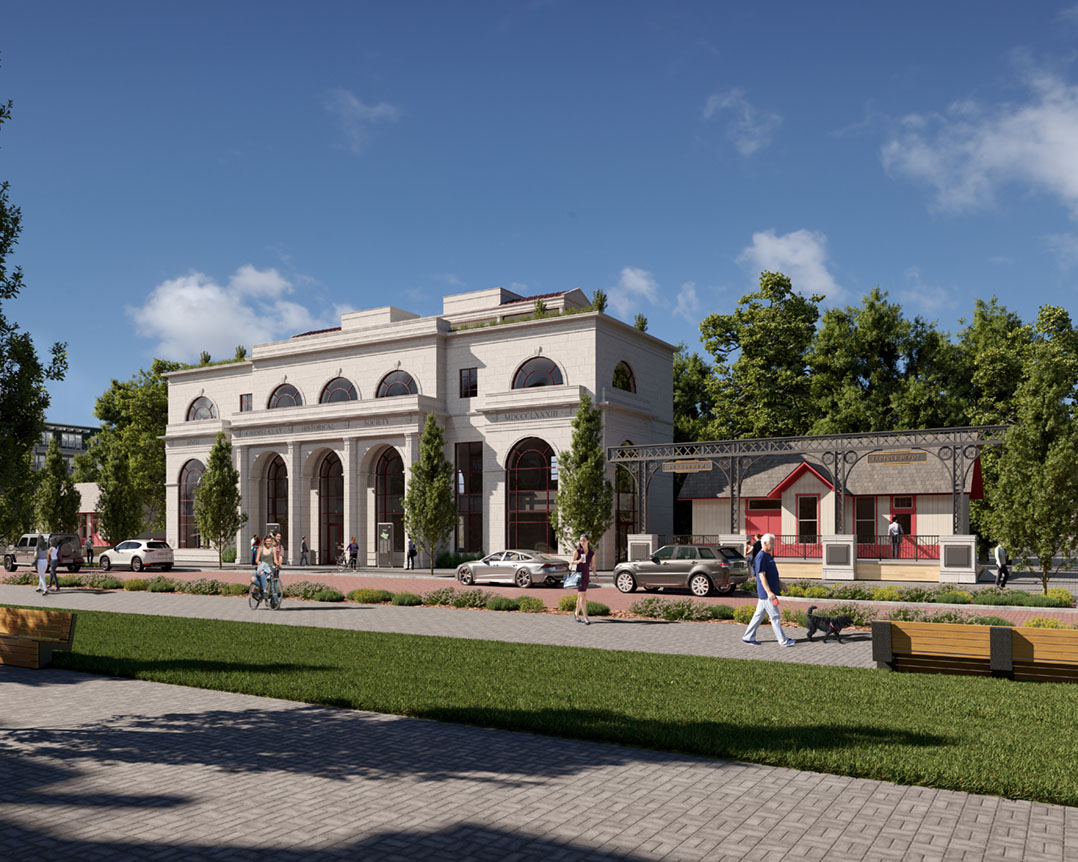 A three-story museum is planned to replace the Carmel Clay Historical Society’s aging archive building at 211 1st St. SW. Architectural plans for the museum are preliminary and subject to change based on available funding. (Submitted rendering)

The Carmel Clay Historical Society is planning to construct a three-story museum to replace its aging archive building in a prime spot along the Monon Greenway.

The Carmel City Council’s land use committee members got a look at the plans, which are still preliminary and subject to change, during their March 1 meeting as they discussed rezoning the .2-acre site from residential to C2 mixed-use. The full city council approved the rezone — described by one councilor as “housekeeping” — later in the evening.

The 15,000-square-foot museum is proposed to have space for galleries and exhibits, community meeting space, public restrooms, archives, a gift shop and a rooftop garden that can be rented out for private events. The historic Monon Depot Museum, which served as a train depot from 1883 until 1974, will remain in place to the north of the building.

“This project has been on our wishlist for 10-plus years,” CCHS President Dan McFeely said. “There has never been any indication from any of our board members to ever get rid of this land, and we have had offers.” 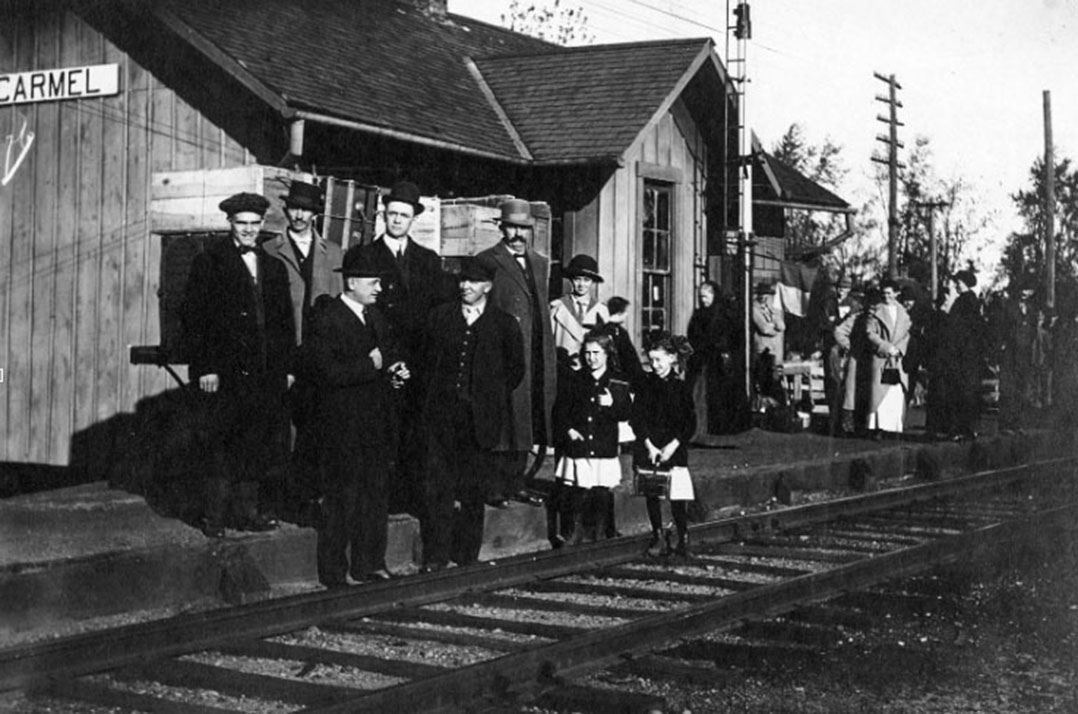 Passengers wait for a train at the Monon Depot in Carmel circa 1920. (Photo courtesy CCHS)

A place to ‘truly experience history’

The building is set to be primarily funded through Clay Township, which has set aside $4 million through its impact program for the project. An additional $2.5 million to upgrade the facade from brick to Indiana limestone has been proposed as part of $25 million in redevelopment bonds under consideration by the Carmel City Council.

Clay Township Board member Matt Snyder told the land use committee that the impact program seeks to support community projects not already funded through the city. He said the township has long supported CCHS and its mission.

McFeely, who also works in the City of Carmel’s department of community relations and economic development, said the scope of the project will depend on how much funding is ultimately committed from the township and city. He expects CCHS to launch a fundraising campaign this spring to cover displays and other features inside the building.

“Our big challenge is, while (the township and city) are dealing with the bricks and mortar or limestone and mortar, we want to be sure we’re going to be ready to have a nice, functional place where people can come in and truly experience history,” he said.

McFeely is hopeful the museum can break ground this spring and be complete late this year or early 2022.

‘We literally have no leverage’

The council approved the rezoning of the property at 211 1st St. SW from residential to C2 mixed-use as a “housekeeping” matter, according to councilor Kevin “Woody” Rider, because CCHS will deed the property to Clay Township for construction. Because the township is a government entity, it is not subject to zoning restrictions.

The mixed-use zoning will allow the museum to be an approved use when the township deeds the property back to CCHS after the bonds are retired. Before the rezone, CCHS had received multiple variances to operate on the residential site.

The museum is projected to be 40 feet tall, which exceeds the 35 feet permitted in C2 zoning. It also is planned to be closer to the adjacent residential property than typically permitted, although the property owner told the committee she could accept that if it will discourage people from cutting through her yard.

Some councilors expressed concern about the project’s impact on neighbors but acknowledged that’s solely in the township’s hands because it can build the museum no matter the zoning.

Rider pointed to the Carmel Dads’ Club fieldhouse, another project primarily funded by the township, as an example of the township’s ability to address concerns of neighboring residents. That project initially met fierce resistance but is now under construction at Mark Badger Memorial Park.

Clay Township board member Matt Snyder said he presented the museum plans to the city as a courtesy, much as he did with the CDC fieldhouse.

“The last time I did this, I made promises that I kept, but it ended up adding almost half a million dollars to the project cost and delayed the project almost six months. The township is not willing to do that again,” Snyder said. “We will work with the neighbors, we will get this project built beautifully and on budget, and we won’t as a township approve a design until we feel the neighbors are satisfied.” 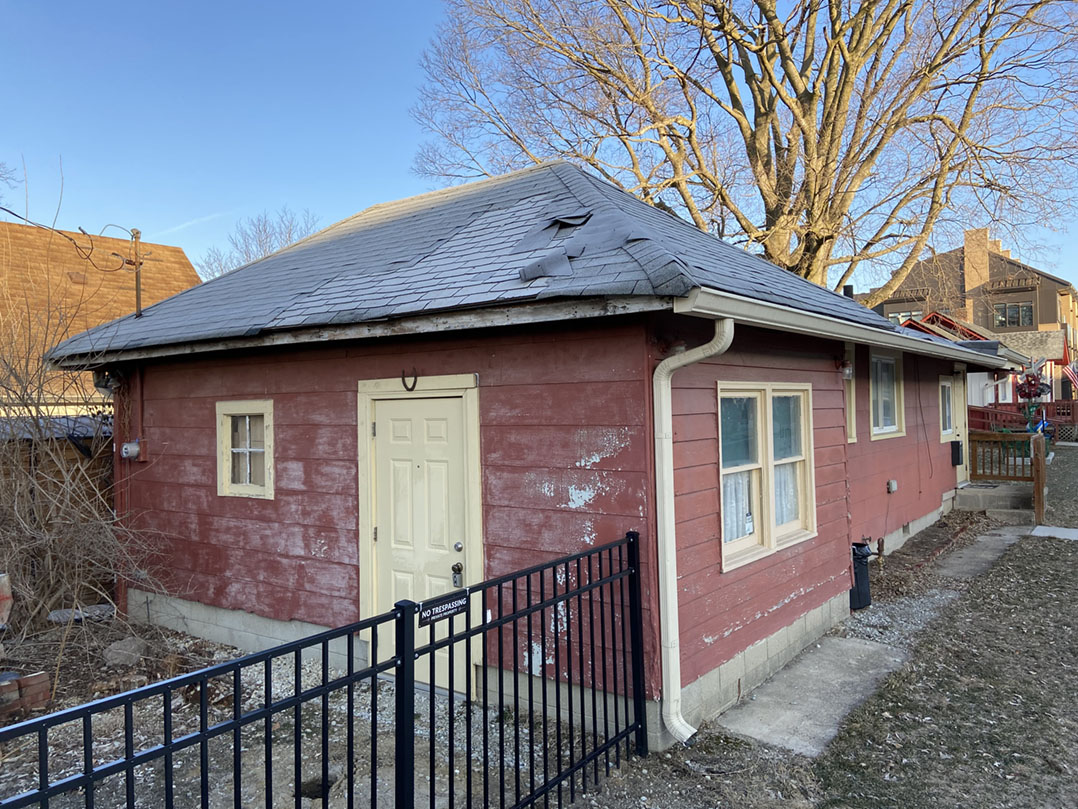 The rezoning of the Carmel Clay Historical Society’s land along the Monon Greenway leaves only one parcel along the trail in Midtown zoned as residential: The GOAT, a tavern immediately to the south.

The rezone was initially proposed to include both sites, but The GOAT parcel was dropped because several city councilors indicated they would not support a rezone of the property until the tavern could prove it could be a good neighbor. After The GOAT opened in summer 2020, the city began receiving complaints about its patrons being noisy late into the night, littering in the area and trespassing onto private property to urinate, vomit and more.

The city mistakenly allowed The GOAT to open on a site that had previously been a breakfast cafe and had a variance to operate only between the hours of 7 a.m. and 2 p.m. The city allowed it to remain open past 2 p.m. if it could follow a strict list of commitments. Several variance requests to make the tavern compliant are under consideration by the Carmel Board of Zoning Appeals.

Jane Fleck, who lives adjacent to the CCHS site, said noise from The GOAT has rendered her patio useless. She said her main concern with the museum is additional noise from events in the rooftop garden, which has a maximum capacity of 149.

The museum is planned to include a privacy wall on the west side of the rooftop garden to prevent noise from traveling toward the neighborhood.