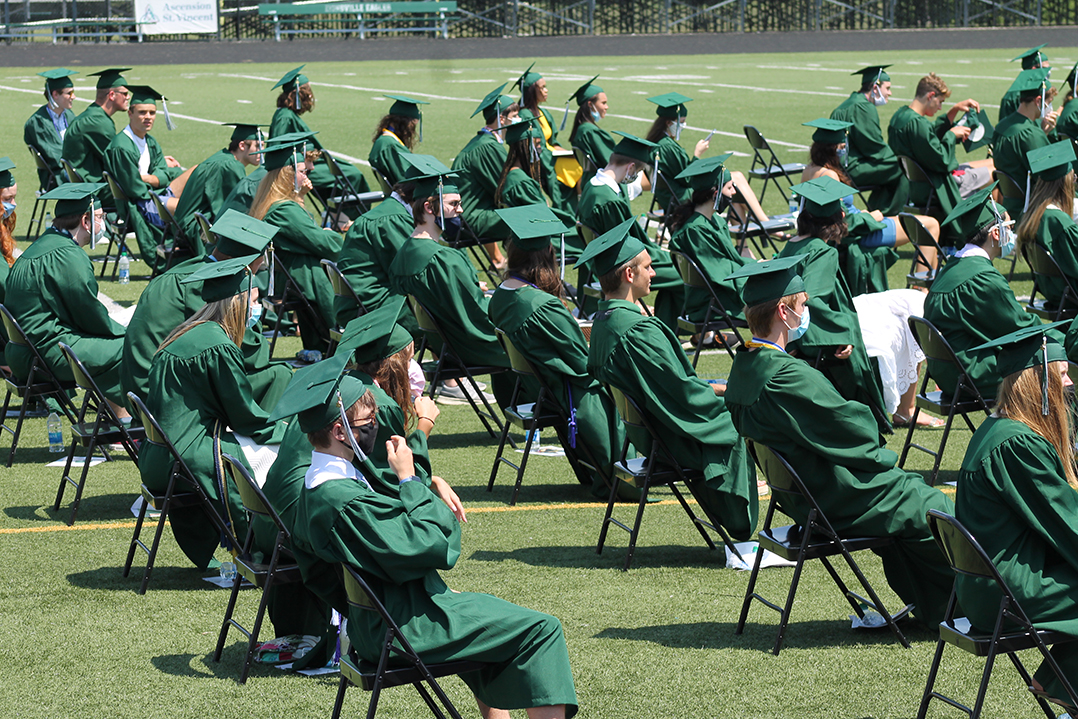 Zionsville Community High School has made preliminary plans for a prom and graduation ceremony for this year.

Officials from all three high schools in Boone County recently met with the Boone County Health Dept. officials to discuss the county’s COVID-19 metrics and the possibility of conducting proms and graduation ceremonies. Tim East, principal at Zionsville Community High School, said the BCHD allowed the schools to submit preliminary safety plans and will review them for final approval.

East said ZCHS plans to have its prom outdoors, as do other Boone County high schools. Pending approval from the Boone County Health Dept., the event is planned for April 24 at the Indianapolis Executive Airport in an open airplane hangar. The school’s graduation ceremony is scheduled for 2 p.m. June 6 in St. Vincent Health Stadium.

ZCHS officials hope to be able to invite all of the school’s juniors and seniors. If capacity limits allow, underclassmen can attend as prom dates. Either way, only ZCHS students will be allowed, East said.

The number of new COVID-19 cases in Boone County has decreased significantly in recent weeks, as has its test positivity rate. COVID-19 deaths have remained steady, also, according to the BCHD.

“We have weather concerns and the possibility, if (there is) a change of COVID (metrics), there could be some additional restrictions or cancellations,” East said. “We really don’t want people to go out and have a large investment in a tux rental or a gown at this point.”

East advised guardians and students to wait until prom plans are approved before investing in formal attire. Because of the delayed confirmation this year, he said semi-formal attire and formal attire would be acceptable for the event. East anticipates the BCHD will deliver its decision before the end of the month.

“This will be with all the cohorts they attend school with every day, and this will be a masked event,” East said.

On March 9, Zionsville Community Schools welcomed back more than 500 students, as middle and high school students began four-day, in-person school weeks for the first time in nearly a year. At the high school, more than 300 students opted into the in-person schedule, while 31 chose to continue a remote learning schedule.

ZCS Supt. Scott Robison said the school district intends to continue the four-day in-person learning through the remainder of the school year, unless directed otherwise by the BCHD.

Later this year, ZCHS’s graduation ceremony is planned to be held outdoors, East said. Social distancing will be maintained.

If the county is given a blue or yellow color ranking on the state’s color-coded coronavirus advisory map, which can be viewed at coronavirus.in.gov., East said the school will allow graduates to have four graduation ceremony tickets to distribute to family and friends. If the county is given an orange or red status, graduates will receive two tickets, and the school might need to implement an alternate plan for the ceremony.