If anyone was prepared for a pandemic to reach Hamilton County, it was Barry McNulty.

He thrived on being prepared for just about anything, a fitting trait to have as the leader of the Hamilton County Health Dept. 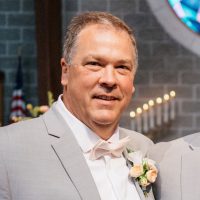 It’s also what made his death so shocking, as, at age 59, he became one of the more than 12,000 Hoosiers to fall victim to the disease he spent the last months of his life battling, first as a public health official, then as a hospital patient.

“He cared so much, and he gave everything, literally everything, for the people and his job that last year after COVID became a thing,” said Al Patterson, one of Barry’s closest friends and former director of Hamilton County Parks & Recreation. “It took so much out of him. It was so hard. He could’ve retired several years ago, but he wasn’t walking away in the middle of that. He had to stick it out and see the community through this crisis.”

Hamilton County honored Barry, who began working for the county in 1987 and had served as HCHD administrator since 1996, and the 399 other county residents who have died of COVID-19 at a Night of Reflection ceremony held March 13 in downtown Noblesville. 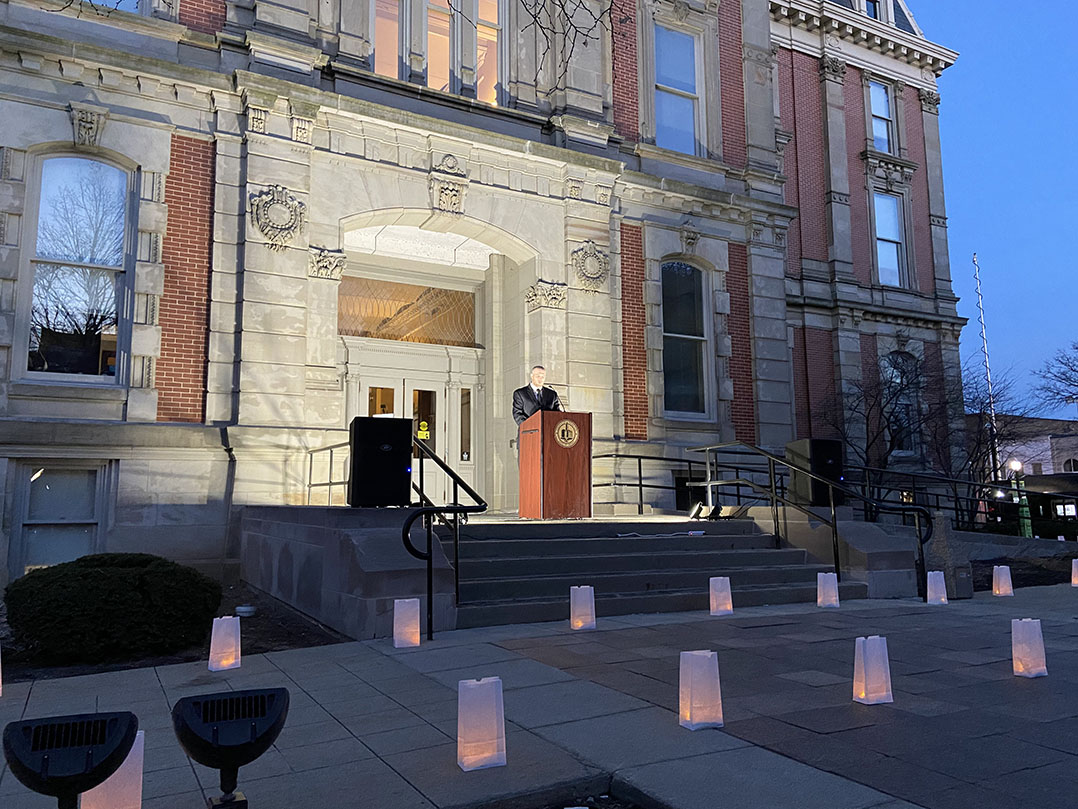 Zach McNulty speaks March 13 at Hamilton County’s Night of Reflection ceremony about his father, Barry McNulty, who died in December 2020 after battling COVID-19. Four-hundred luminaries surrounded the courthouse in Noblesville to represent Hamilton County residents who have died of COVID-19. (Photo by Ann Marie Shambaugh)

Standing at more than 6 feet tall with an adventurous personality that loomed even larger, those who knew Barry said he knew how to bring people together, whether in the HCHD offices or among his wide group of friends.

“(He was) the nicest guy you’d ever want to meet,” Patterson said. “He had time for anybody, and everybody was special. He had a heart as big as Texas.”

So, it came as a bit of surprise to everyone that Barry, a Noblesville resident who had gone to great lengths to follow the pandemic safety guidelines issued by his department, tested positive for COVID-19 in early November 2020. But because he was in otherwise good health at the time of his diagnosis, most figured he’d quarantine for a couple of weeks as he recovered before returning to work and his many hobbies.

A week later, however, Barry began having trouble breathing and was admitted to Riverview Hospital, where he had many ups and downs battling the disease. His death on Dec. 17, 2020, stunned his friends and co-workers.

“When I got the call from (Barry’s wife) Ann, I couldn’t have been more surprised,” Patterson said. “We really thought he was rounding the corner and getting better, so it was a horrible shock.” 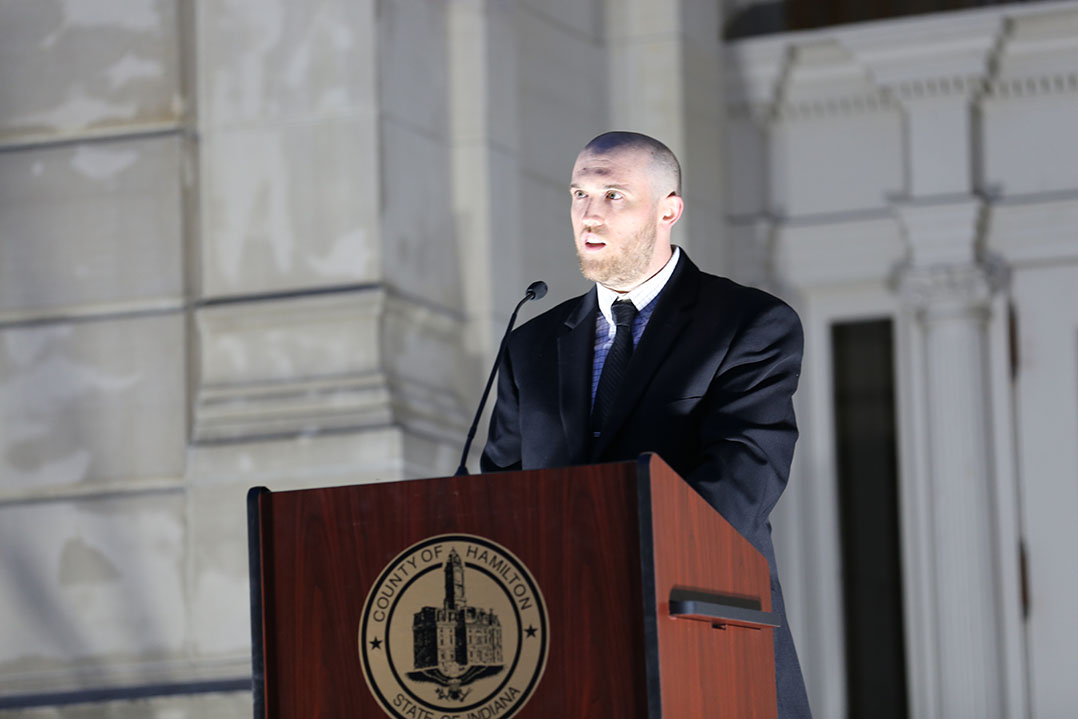 Jason LeMaster, who worked with Barry in the HCHD since Barry hired him 24 years ago, couldn’t believe the news, either. But with the pandemic peaking at the time of Barry’s diagnosis and death, those working in the department knew they had to press on. LeMaster said Barry had prepared them to do just that.

“(After Barry tested positive) we knew his fight was on, and the same with our staff,” LeMaster said. “Because of what he’d been able to do with his mentoring leadership, we were able to continue on with what we knew we had to do, even in his absence.”

Barry had been making plans for retirement in the near future, and LeMaster had expressed interest in applying for the administrator job. So, when the county appointed LeMaster to replace Barry in February, it was a far cry from how he had hoped to assume the role.

Zach McNulty, Barry’s son, said his fun-loving father took his responsibility leading the health department very seriously, and he knows his dad would want the community to know how hard his team has been working to keep Hamilton County residents healthy and safe throughout the pandemic.

“He would want us to come together to trust those public officials, because they are working around the clock to beat this virus,” Zach said. “They really are doing their best to keep people safe and keep industry moving the best they can.” 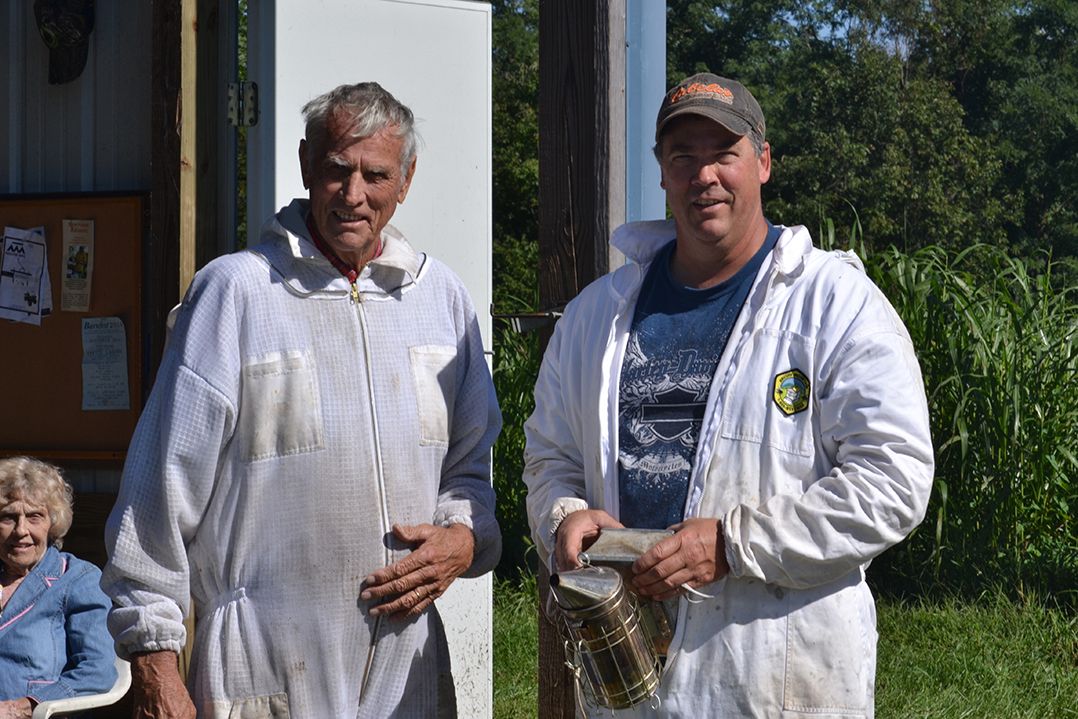 Barry McNulty was known for his outgoing spirit and willingness to try just about anything. He enjoyed boating, farming, fishing, hunting and exploring the outdoors.

“You name it, he dabbled in it once or twice,” said Zach McNulty, Barry’s son.

One of the hobbies that stuck was beekeeping. It became a passion the Purdue University graduate shared with others, including longtime Hamilton County Health Dept. co-worker Jason LeMaster, who found solace in the hobby during a stressful 2020.

“It almost became an addiction and a joy this summer to take care of my own bees to step away from everything that we had been doing (at work),” LeMaster said.

Zach, a Fishers resident, grew up spending lots of time outdoors with his father, and in early 2020 accepted a job as an interpretive naturalist with Hamilton County Parks and Recreation.

“I think on some level his service to the county did play into me wanting to serve the county and follow in his footsteps,” Zach said.