You are at:Home»Current in Zionsville»Zionsville Cover Stories»Lunges for Levi: Community rallies around Zionsville family as toddler battles effects of non-fatal drowning

The Chisholms’ lives changed when the family’s two year old twin toddlers – Lainey and Levi – suffered a non-fatal drowning accident Nov. 28, 2020, in an indoor pool at a friend’s house.

Staff at Peyton Manning Children’s Hospital were able to revive the children and save their lives. Lainey made a full recovery and was discharged Dec. 6, 2020, but Levi’s recovery from an anoxic brain injury – a lack of oxygen to the brain – is taking much longer.

In the months following the accident, the Zionsville community has stepped up to support the family, most recently with Lunges for Levi. 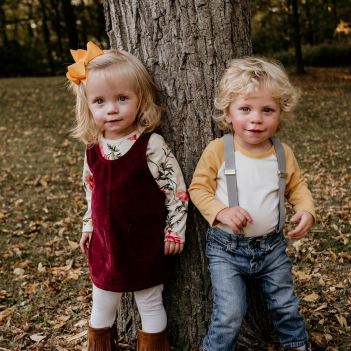 The morning of March 13, Crossfit Zionsville hosted Lunges for Levi, which raised more than $20,000 in donations for Meagan, 35, and Scott Chisholm, 37, their two oldest children, Connor, 6, Charley, 5, and their twin toddlers.

During the event, participants were asked to walk, run or, as most did, lunge 1.13 miles as a sign of support for Lainey and Levi, whose birthdays are January 13. The idea was inspired by Meagan’s nearly daily exercise routine. As often as her schedule allows, Meagan walks or runs 1.13 miles – time she uses to think about and pray for Levi, who has begun breathing on his own but has not fully recovered.

Others have found their own way of expressing solidarity by setting alarms at 1:13 p.m. every day to say a prayer for Levi, Meagan said. The gesture began when Lainey and Levi were hospitalized. At 1:13 p.m., the Chisholms and hospital staff would link hands and join in prayer to form a human chain between the two separate rooms Lainey and Levi were in, creating a sense the two were together even when they were apart, Meagan said.

“I don’t think anybody could survive a tragedy like this without their faith,” Meagan said. “We really have turned to God through this time. The power of prayer is what is really getting us through.”

At Lunges for Levi, dozens of local businesses contributed by donating items and services for an auction. T-shirts were sold, and financial donations were taken.

“We are in the process of finding treatments and therapies that will bring our son back,” Meagan said. “The community has rallied around us since the moment they learned of the accident with prayers, with supporting our children and our families through meals, and then from the yellow ribbons on mailboxes around Zionsville to the prayer vigils that were held (for) this Lunges for Levi event, which (it) was absolutely incredible that the entire community came together to donate the auction items and support and bid on the items. All the help financially, it is overwhelming, and it just confirms that Zionsville is the best community to live in.”

Meagan said she and her family would never be able to properly thank or repay the community for its support but that “they have changed us forever.”

“They are really giving us the chance to fight for our son,” Meagan said.

As of March 16, the Chisholms were in Orlando, where Levi was receiving therapy at an MNRI Family Conference, a weeklong event that specializes in a type of therapy for children who have suffered a trauma. The therapy specifically aims to restore primary movements and reflexes. 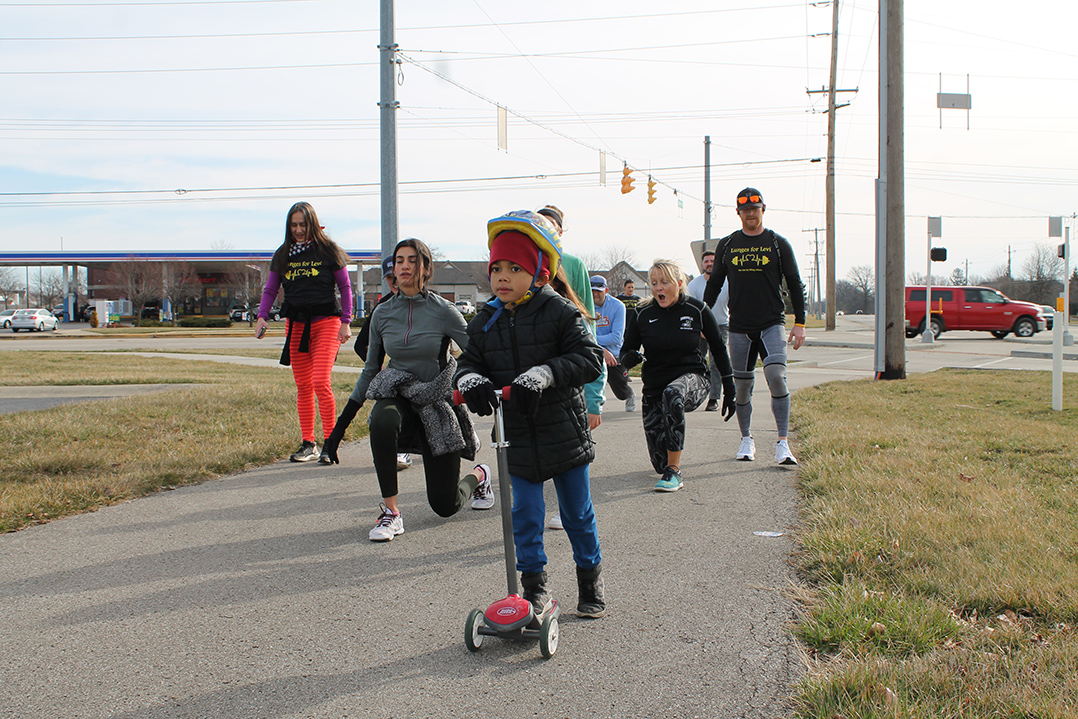 Julie Jackson, a friend of the Chisholms, organized Lunges for Levi to collect donations from businesses in and near Zionsville to support the family.

“We just wanted to help them,” Jackson said.” This community has (shown) an outpouring of love from everything from donating a plane ride to New Orleans to different types of treatments they are trying to do. The treatments they are trying to do are a little alternative and, obviously, not covered by insurance, so we want to do what we can to support them and show our love. And the community has done a great job.”

Ali Ott, owner of CrossFit Zionsville, said the gym has held many fundraisers in the past, so when Jackson approached him with the idea of hosting a fundraiser for Levi and the Chisholms, he happily agreed.

“It was a no-brainer to do something to help out,” Ott said. “From the time we decided to pull the trigger and do this, just about every business in Zionsville has helped out. I’ve had people from other gyms in other states reach out wanting to make donations and help out.”

T-shirts were made to celebrate the event. They can be bought at crossfitzionsville.com/lunges-for-levi/, and all proceeds will go to the family. Financial donations can be made through the gym’s website or at gofundme.com/f/levi-amp-lainey-chisholm-prayers-for-a-miracle, a GoFundMe page that has raised more than $366,000 for the family, as of press time. Other T-shirts and merchandise can be bought through outshinelabels.com/collections/levi to support the family, as well.