After serving Boone County for two decades as an elected official, Steve Jacob died March 17, within an hour of his 74th birthday.

Jacob, who represented District 4, was the Boone County Council’s sitting president when he died. He had not attended council meetings for several months because of health issues.

“We all anticipated him coming back,” said Elise Nieshalla, vice president of the Boone County Council. “I spoke with him in January, and at that point he was coming back, and we fully expected he would be able to continue his service. He leaves us with incredible loss and the great gift of his legacy. He was a tremendous public servant, and he loved our county.”

“He was a people-first consensus builder,” Nieshalla said. “He always looked for the win-win solution for all involved. He was a servant leader through and through.” 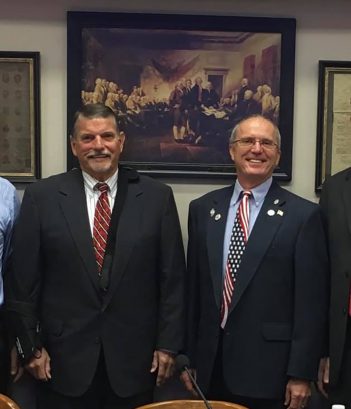 “What I was surprised by was, at that time, I did not know that he had been on the council for maybe three or four terms,” Van Horn said. “So, I said to myself, ‘OK, this guy has been around this (a) long (time). He obviously knows something. I’m going to follow his lead.’ And it turned out to be one of the best choices I ever made. I had never been in politics before until I was appointed to the council, and Steve was strictly professional. His leadership abilities were off the chart.”

Jacob drew his inspiration to serve as an elected official from his father-in-law, Paul Green, who also served as president of the Boone County Council, according to Jacob’s obituary. Green was inspired by Ollie Berry, his own father-in-law. Berry served in the same role.

Debbie Ottinger, chairman of the Boone County Republican Party and the county’s recorder, was Jacob’s friend for many years. Jacob served as the vice chairman of the party when Ottinger was chairman.

“He was always willing to offer advice, not only to me but to anyone who was considering getting into the political arena or if they were struggling with a political issue,” said Ottinger, who has served Boone County for 22 years as an elected official. “He helped mentor them into helping themselves, and that was what he was really, really good at.”

Steve is survived by his wife, Janet Green Jacob; their three adult children, Jeff, Jill and Chris Jacob; and four grandsons, Will, Cole, Jake and Henry. An informal, outdoor visitation was held March 22 at the Jacob’s home in Whitestown to celebrate Jacob’s life.

Born March 16, 1947, Jacob was raised by William and Marietta Jacob on their family farm in Jasonville, Ind. According to his obituary, he honed his basketball skills in the family’s hay loft on a bent rim without a backboard, and he still holds several Shakamak High School basketball records.

Jacob attended Purdue University and was the first in his family to attend college. He earned a Bachelor of Science in management at Purdue, completed Wabash College’s Executive Development Program and served as a Congressional Fellow for the United States Congress in Washington, D.C.

“The debate remains today over whether Janet spilling acid on Steve’s shirt in chemistry class was accidental or a complex and reckless but oddly successful ploy to get his phone number,” his obituary stated. “Either way, the pair graduated, and the farm-kid from southern Indiana worked his way up through the ranks of Indiana Bell to a vice-president of Ameritech.”

Jacob went on to work in Washington, D.C., lobbying for the telecom industry. He retired after an 18-year career with Time Warner Telecom (Bell, AT&T and Ameritech), where he served as a vice president, executive director of government affairs and general manager. 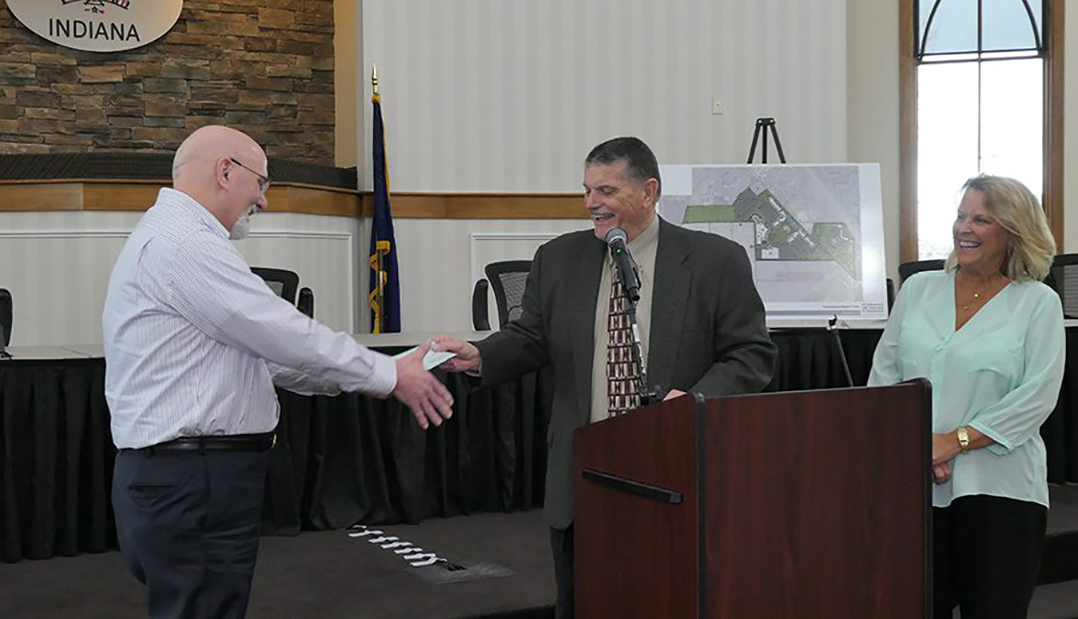 Elise Nieshalla, Boone County Council’s vice president, said the council will vote at its April 13 meeting to determine who will serve as council president.

A caucus will determine who will fill Steve Jacob’s seat on the council.

“That will be addressed after we pay our respects,” Nieshalla said.

Debbie Ottinger, the chairman of the Boone County Republican Party and the county’s recorder, will call the caucus with 10 days’ notice, listing the precincts involved, timeframe and candidates.