In the offices of Make-A-Wish Ohio, Kentucky and Indiana, tissue boxes are everywhere. The reason is for tears — mostly happy tears.

“Eighty percent of our Wish Kids go on to beat their illness and live typical healthy lives,” Katie Ferrell of Make-A-Wish said. “Once in adulthood, they come back and tell us that Make-A-Wish marked a turning point for them, and that’s where the happy tears come from.” 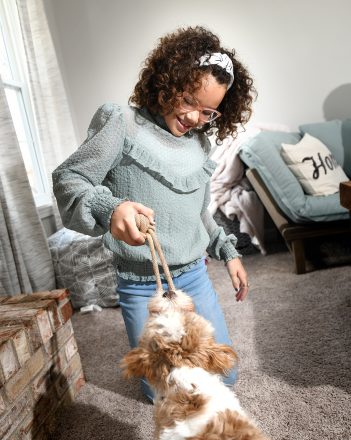 A few months ago, happy tears were shed in Fortville when Nyla Evans, 10, walked into a waiting room wearing a blue Make-A-Wish T-shirt surrounded by loved ones and supporters. Through a door in a back room, inside a carrying crate, was a Teddy Bear puppy — a mix of a Maltese, a Shih Tzu and a bichon – named Ty. The puppy’s name is Ty. When Ty made his appearance, the waiting room erupted in oohs, eyes teared up and Nyla’s face mask barely shrouded her joy.

“As soon as I saw the look on her face when she saw him, I just lost it. Happy tears,” said Nyla’s mother, Emily Hardy. “Any hesitation I had about getting a dog was just gone. I don’t think there was a dry eye in the office.”

Nyla’s journey to meeting Ty, however, began with sad tears, when she was diagnosed in 2017 with B cell acute lymphoblastic leukemia in 2017. Treating the disease would be a long, arduous journey for Nyla and her family.

“I’ll never forget the doctors saying that the treatment plan would be two to three years,” Emily Hardy said. “I said, ‘Wait a minute, did you just say years and not months?’ Still to this day, it’s a horrible feeling.”

The treatment cost Nyla her hair for a time and many lost school days and other normal activities. But a couple months into treatment it provided her with motivation. Riley Hospital for Children has therapy dogs. Nyla liked visits from the therapy dogs.

“I feel like they came around every week with the dogs,” Nyla said. “Whenever I heard a knock at the door, I always wanted it to be a dog. Sometimes, it was the doctors, but when it was the dogs, it made my day.”

At that point, Nyla wanted a dog.

But she couldn’t have one at the time because her immune system was compromised. She had to wait until her treatment was complete some 2 1/2 years later, which was a long time to wait, especially for a 7-year-old. Nyla kept asking her mother and doctors if she could have the dog while going through treatment, but the answer was always “no.” Hence, the tears of joy when — after completing her treatment — the answer was finally “yes,” and Make-A-Wish could finally make some calls. Nyla could finally walk into a waiting room and peak over the counter to see a happy puppy named Ty being carried over to greet her. While everyone else in the room had misty eyes to see a young cancer survivor be rewarded for her trials, Nyla was just happy to hold her puppy. 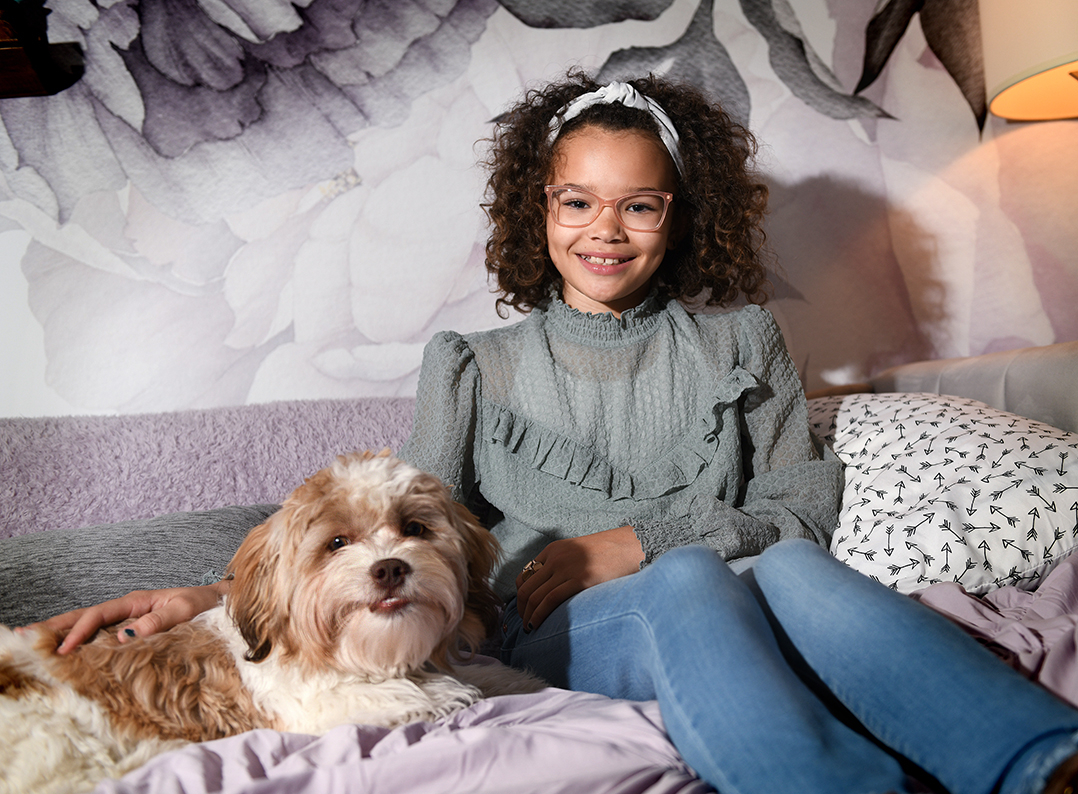 Nyla Evans receiving a puppy was not the only wish granted during the COVID-19 pandemic by Make-A-Wish.

More than 430 wishes were granted in the Ohio-Kentucky-Indiana region, some with modifications – such as a boy in Ohio who wanted to go to Disney World. Make-A-Wish couldn’t fulfill the wish because of travel restrictions but it did build him a Disney-themed treehouse while he served as a project manager.

“I’m so glad I didn’t go to Disney World, because Disney would have lasted a week,” he said. “This will last me a lifetime.”

Later this summer, Make-A-Wish Ohio-Kentucky-Indiana will grant its 1,800th wish to someone in South Bend.