There should be plenty of high-caliber golf when the The Sagamore Club hosts the NCAA Men’s Golf Regional again.

“If it’s anything like 2015, we’ll have four to six guys come through here that will go on to play on the PGA Tour,” said Wes Marshall, the Noblesville golf club’s general manager. 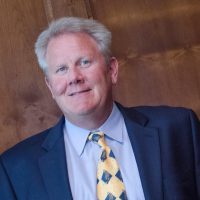 One of those future pros in 2015 was 2020 U.S. Open champion Bryson DeChambeau, who led SMU to a share of the NCAA Regional title with Illinois. He went on to win the NCAA individual title that same year.

The Sagamore Club hosts the NCAA Regional in a joint effort with Ball State University and the Hamilton County Sports Authority. The tournament is slated for May 17 through May 19 with 54 holes of competition over the three days. Play is scheduled to begin at 8 a.m. for each of the first two rounds and 7:30 a.m. for the final round.

“There (are) a lot of good, quality players out there and our course will be a good test for them,” Marshall said.

Sagamore, a Jack Nicklaus-designed course that opened in 2003, put a bid in to host the regional.

“The last time in 2015, the players and coaches liked and enjoyed the golf course,” Marshall said. “They thought it was fair but tough.”

Each regional site will feature either 13 teams and 10 individuals or 14 teams and five individuals. The individuals are at-large selections or individual conference champions from teams that did not make the regional field. This will be one of six NCAA Division I regional sites. The top five teams from each site will advance to the NCAA Championships at Grayhawk Golf Club in Scottsdale, Ariz.

“We don’t know what conferences the teams/individuals will come from,” said Tyson Mathews, Ball State assistant sports information director of communications. “They usually keep the individuals pretty regionalized, but the teams can come from anywhere.”

Being outside, Marshall said spectators will be able to maintain social distancing.

“We are going to keep the clubhouse areas (limited) to coach and players unless a spectator needs to come in and use the restroom as an emergency,” Marshall said.