You are at:Home»Current in Fishers»Fishers Business Local»Trust lays foundation for Hays + Sons growth

When a burst water pipe flooded the historic Athenaeum building in downtown Indianapolis in 2010, the prospect of immediately reopening seemed bleak. But when crews from the Indianapolis-based Hays + Sons restoration company arrived, order was restored quicker than expected. 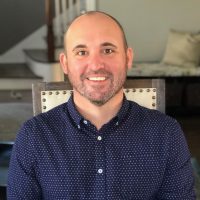 “It first starts off with assessing what’s causing the issue and stopping that,” Hays + Sons President Jacob Houk said. “With The Rathskeller (restaurant inside the Athenaeum), we had to shut off water to the entire building. The pipe was literally busted in half. Then you compartmentalize where there are problems.

“The Rathskeller wanted to open up, so we focused our attention on getting that area cleaned up, getting the water removed, just getting it to the point where it could serve food without being in the middle of a rain forest. You go from the most critical (part of) the building that you are working in and then work backwards from there.”

The Rathskeller indeed opened that same evening. The diagnostic approach that Hays + Sons employed at The Rathskeller is the same approach the company brings to other extensive repairs, like fixing 24 flooded floors at the Regions Tower in Indianapolis, or smaller home projects.

Founded in 1982 by Charles Hays and his sons Mark and Charles, Hays + Sons has branched out from reconstructing fire damage and now has eight locations in three states.

“In each of one of our locations, one of our insurance company clients asked us to open an office there because they were happy with the service they were getting in the other areas,” Houk said.

Houk attributes the company’s growth to building relationships – not only with insurance companies and customers but also with employees.

“When we get that initial phone call, our people are ready,” Houk said. “You can imagine, issues don’t normally happen Monday through Friday, 8 to 5. We are definitely a 24/7, 365 business, and that’s hard. You’re asking people to leave their friends and family to head out for four hours to go take care of something. You’ve got to make sure that you have some good loyalty built in with your team to be able to get that done on a consistent basis.”

Prior to joining the company, Houk was an insurance agent for Hays + Sons at The Highland Grou in Carmel. Houk frequently referred clients to Hays + Sons. After earning his MBA, he joined Hays + Sons and became president in 2015.

“From Day 1, there has always been a focus on doing what’s right for your client, whether that’s a referred client or it’s the person in the property that we’re working on,” Houk said. “It’s the strength of the relationships and doing the right thing that have helped us continue to grow.”