For John Peckinpaugh, the decision to leave his job as Noblesville High School boys basketball coach after two seasons for the same position at Kokomo High School just made too much sense for his family.

His wife, Haley Peckinpaugh, had been named the Kokomo girls basketball coach before the 2020-21 season. 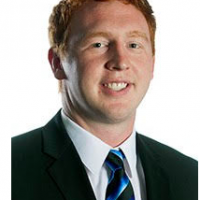 “It was a tough decision,” said Peckinpaugh, who was named Kokomo’s boys coach May 3. “I like the people at Noblesville and the community.”

Peckinpaugh and his wife moved to Kokomo after his wife got the job because Kokomo’s school start time was earlier.

Noblesville High School Athletic Director Leah Wooldridge said the search has begun for a new coach. Wooldridge said she was disappointed to see Peckinpaugh leave and thanked him for his service to the students and the basketball program.

The move also was an opportunity for Peckinpaugh to return to the North Central Conference. Peckinpaugh, who played college basketball at Purdue Fort Wayne, played for Muncie Central in the NCC.

“All the tradition at Kokomo was very appealing to me, on top of my wife being here,” he said.

Peckinpaugh, 32, said it should be fun to have a husband and wife as head coach in both basketball programs.

“The NCC has moved to a lot of girls/boys doubleheaders, so I get to see her coach more than I was,” he said. “I can be a part of her program and she can be around our guys more so than she was when we were at different schools.”