You are at:Home»Current in Carmel»Carmel Business Local»Upholstery business celebrates 100 years

Owner Larry D. Hughey said the business has been an integral part of his family’s story through the years.

‘I always came back’

The Hartman upholstery business began in 1921, when Ernest Hartman, Larry’s grandfather, returned home from World War I. Ernest caned furniture, and his wife, Lucille, was in charge of sewing. 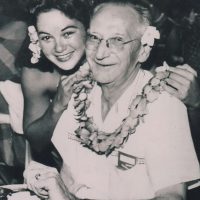 After growing the business and moving it from his garage to a shop on 840 E. 64th St. in Broad Ripple, Emerson “Dee” Hughey, Ernest’s son-in-law, took over in 1962. Dee was confident he had a better way to grow the business.

That was when Hughey Hartman Interiors was established.

It wasn’t until 1990 that Larry invested in the business.

“I was more into motorcycles,” he said.

But in what seemed to be destiny, every time he hit a roadblock in life, Larry always seemed to find his way back to upholstery.

“I had been helping my dad by doing upholstery cleaning for him and I thought, ‘Why don’t I see if I can start my own upholstery business?’” Larry said.

“It was the most money I had ever made,” he said. 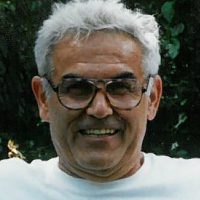 After working home-based for nearly 10 years with Larry Hughey’s Interior Refurbishing, Larry was asked by his dad, Dee, to lead Hughey Hartman Interiors in 2010, leading to the merger of the two companies.

“I always came back to the family upholstery business,” Larry said.

In August 2010, Larry changed the name to Hughey Hartman Upholstery and moved the business to Carmel, the result of a different type of destiny.

“So, what finally happened was meeting Linda Mordoh,” Larry said.

Larry had met Linda on match.com, and they married one year after they met.

In addition to the romantic connection, Larry and Linda are a compatible match for business, too, with Larry an expert in upholstery and Linda an interior designer based in Carmel. 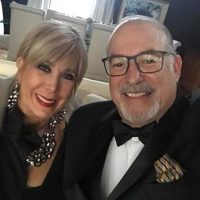 “We decided that Carmel would be an excellent location for the business,” Larry said.

When they saw the space on Gradle Drive, Larry said he knew he could make it work.

Even during the COVID-19 pandemic, Larry said he’s received more business in Carmel than ever before, with the company tripling its revenue.

It couldn’t have happened, however, without Larry’s main upholsterer, Craig Woods, who has been working with Larry for many years.

“The clientele drove me to continue when you see the joy in their faces when we redo their pieces. It’s kind of cool,” Larry said.

Larry celebrated the 100 years of the business milestone on April 15, the same date his dad died in 2017. He said he will have a party in August for a centennial celebration.

Two employees who worked for Larry’s dad, Willie Parker and Daphine Lindsey, will return to the business to lend a hand.

“It’s cool. I am rallying up the troops,” he said.

Larry said it’s a special feeling to lead the family business through its centennial celebration.

“I think my grandpa and dad, if they saw me now, would just be so proud,” he said. “I never believed I could do this myself.”