As Tom Smith puts it, “Heisenberg: The Uncertainty Principle,” is a love story. Or maybe not.

The play opens with a 75-year-old man sitting in a train station when a younger woman approaches him and kisses him on the back of the neck and then flees to the other end of the bench. 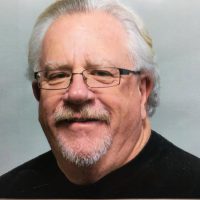 “That starts a relationship that gradually discloses what’s really going on, but you have to peel away all the layers – his layers, her layers,” said Smith, a Westfield resident. “It’s a love story, but it’s a lot more than that as well.”

Smith said the woman in the play frequently uses “the F-bomb.” The woman is portrayed by Carmel resident Tanya Haas.

“It’s not a show for children,” he said. “It’s a charming little love story, or maybe not a love story.”

Smith plays the man in the performance. He was approached by his longtime friend Barry McMullan, a founding member of Think, Dog! Productions in Muncie. McMullan asked Smith if he and Haas would perform in the show in Muncie, to play the role. The show was presented in Muncie June 10-12 and will be staged at the Westfield Playhouse, 220 N. Union St., Westfield, June 18 to 20. The last time Smith and McMullan worked together was in 1962 when they both performed in “A Christmas Carol” in junior high school. 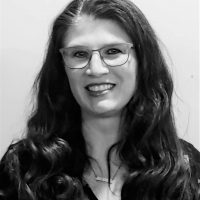 “We haven’t done anything together since, and that’s part of the reason we wanted to do something,” Smith said.

“Heisenberg: The Uncertainty Principle” was written by Simon Stephens and has been on Broadway.

“It’s a minimalistic play with two people in it, no scenery and minimal set pieces,” Smith said. “It’s all in the imagination of the audience.”