You are at:Home»Current in Zionsville»Zionsville Community»Lebanon Police Department: Road rage leads to shooting on I-65

A man was arrested for shooting at a vehicle on Interstate 65, according to a Lebanon Police Department media release. 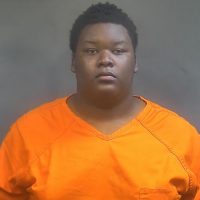 At approximately 3 p.m. July 5, LPD units responded to a report of a road rage incident near the 146-mile marker on I-65.

Jones was taken into custody without incident and charged with criminal mischief, battery by means of a deadly weapon, criminal recklessness and intimidation.