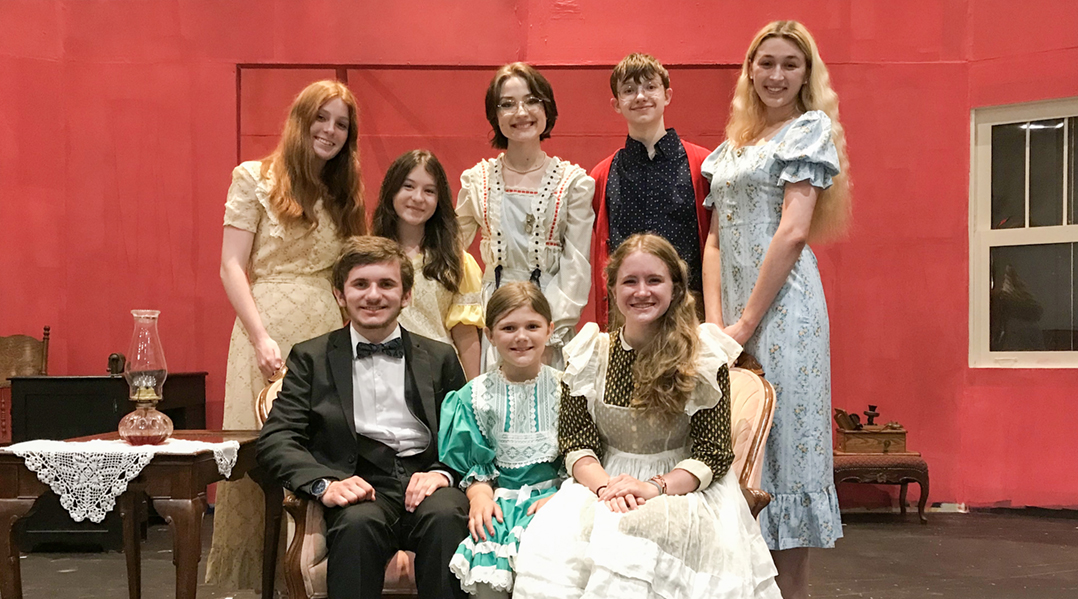 Performing in “Meet Me in St. Louis” is a perfect fit for Lizzie Schultz.

“I’m a huge Judy Garland buff so I loved this movie so much,” said Schultz, who will be a Noblesville High School senior this fall. “It’s one of my absolute favorite films of all time.”

Schultz portrays Rose, the eldest daughter, in Main Street Productions’ youth play of “Meet Me in St. Louis” July 15 through 25 at Westfield Playhouse.

In the movie, Garland played Esther. But in the play, the character Garland portrayed is named Rose, the name of another sister.

“It’s a lot of fun because she is such a pompous brat of a character and at the same time you kind of like her,” Schultz said. “It’s fun to play someone so high and mighty and full of themselves.”

This is her first appearance with Westfield Playhouse. Schultz, who performs with NHS mixed choir and Mad Jazz, previously performed with the Belfry Theatre and Summer Stock Stage.

“The most challenging part is, this is easily the biggest part I’ve ever had,” Schultz said. “That’s a drastic change for me.”

Although the movie is a musical, there is only one song at the end of the play.

Graham Puterbaugh, who will be a Westfield High School junior this fall, portrays Mr. Smith.

“It’s probably the biggest role I’ve had at Westfield Playhouse,” Puterbaugh said. “It’s fun having a lot more lines than I’m used to and being a central part of the show. I like how many different emotions you get to see from Mr. Smith. He’s not just a one-note character. There are a lot of different moods he has.”

Puterbaugh performs in musical and plays but prefers plays more.

“She is the funniest character,” said Keslin, who will be a Zionsville Middle School sixth-grader. “She causes trouble and it’s really funny.”

Richelle Lutz was going to be an assistant director for “Meet Me in St. Louis” for her good friend Elizabeth Ruddell.

However, shortly after rehearsals began, Ruddell had to take medical leave and Lutz became a director.

This is the first time Lutz, 68, has directed a youth production and her first production at Westfield Playhouse.

“I’m digging this, these kids are so good,” she said. “I was scared. I’m an old hen. I’m not a young chick. My fears were, what are these kids going to think of me because I’m older? Do they want a younger director? We have a stage manager (Amber K. Roth), who just graduated from Ball State in theater. Her father passed away (June 30). I told these kids last week we have everything negative you could possibly have, so it’s obviously going to be a great show.”