Cara Nowlin had so much fun the first time, she can’t wait to go back to the Songbook Academy.

Nowlin is returning to the Songbook Academy for the second consecutive year. She will be joined by three other Carmel residents in the summer intensive program. The others are 2021 CHS graduate Nathan Koon; Jack Sullivan, who will be CHS senior; and Piper Murphy, who will be a Park Tudor senior. They are four of the 40 high school vocalists been selected to participate in the summer intensive, a week of personal instruction and mentoring by arts and entertainment professionals presented each year by the Great American Songbook Foundation.

Traditionally conducted on-site at the Center for the Performing Arts in Carmel, where the Songbook Foundation is headquartered, the program has shifted to a virtual format this year in response to the logistical and safety issues posed by the ongoing pandemic. The July 17-24 program includes interactive experiences of professional vocal training, performance coaching, workshops, daily social activities and educational masterclasses from a team of mentors.

“I am looking forward to pretty much everything,” Nowlin said. “I just remember how much I learned and how fun it was last year. I am excited to meet all of the kids, work with the phenomenal mentors and coaches, and not only learn more about the technical aspect of singing, but the emotional aspect as well. Music is fascinating to me because it has this exceptional power like no other to help others forget any of their tribulations or sorrow and to just live in the music.

“And during Songbook, you learn how to do exactly that.

Nowlin was hoping Songbook would be in-person this year but knew it would be a wonderful experience even if it wasn’t.

“I learned more than what’s imaginable last year when it was virtual, and I know this year will be no different,” Nowlin said. “I loved getting to know everyone, working with extraordinary mentors and coaches, gaining an unbelievable amount of knowledge regarding not only technique while singing, but the emotional aspect and how to portray that while singing as well. There is one particular moment that I will never, ever forget though. It was when it was our group’s turn to talk with the Michael Feinstein. I asked him if he’s ever had to deal with performance anxiety, something that I struggle with a lot. This is what he said to me, “The love you have for music is the same love you need to invest in yourself. Know that you were created divinely. Know that you were created for the purpose of expressing love. And that is who you are.’

“And I will never forget that. That moment changed my life.” 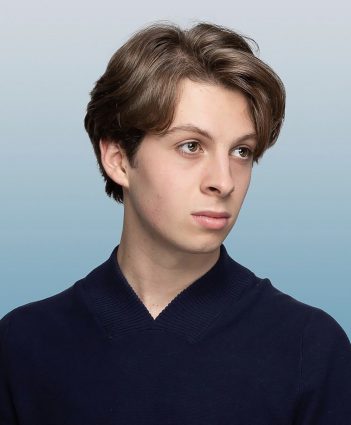 Sullivan is eager for the experience to begin.

“I am most looking forward to being able to interact with the vocal clinicians and other students in the Songbook Academy, especially because this is the first real musical clinic I’ve been able to participate in since COVID,” Sullivan said. “I was definitely expecting it to be virtual, but I kept clinging to some hope that it would be in-person right up until they announced it.”

Sullivan said he was extremely grateful to be selected.

“The Great American Songbook is very important to me, and I hold a special appreciation for the early crooners of that era,” Sullivan said. “They definitely shaped my love of singing.” 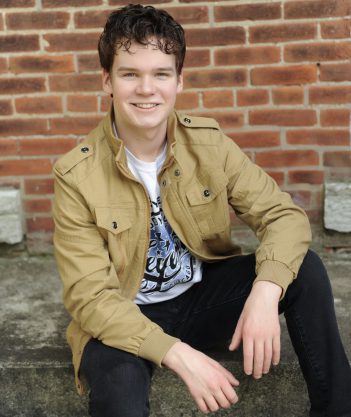 Koon, who will major in political science at Florida State University and possibly minor in music, enjoys the emotional Songbook songs.

“I like the ballads from the golden age of musicals, like Rodgers and Hammerstein,” Koon said. “I find I connect with those pieces. My second favorite type to perform is the jazz pieces because of the energy of it.”

Although Koon had hoped the Academy would be held in-person, he expects it will be valuable experience.

“It’s all about the people you work with is the bottom line,” said Koon, who was part of CHS Ambassadors, the mixed show choir, the past three years. “As long as you find a way to effectively communicate with them, I think you’re going to gain a lot from it. I’m looking forward to working with the clinicians. They’re very seasoned and have worked with many people who did perform during the Songbook era.

“I can’t wait to get their feedback.” 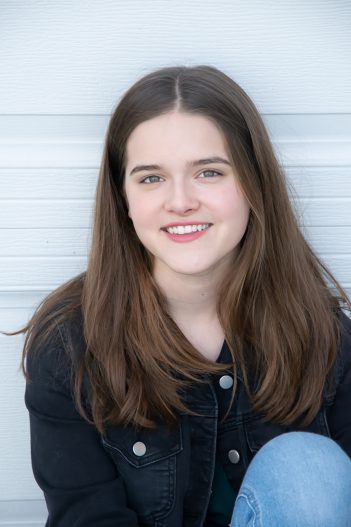 Murphy said she had talked to previous Songbook participants who told her the program was amazing.

“I knew I wanted to be able to do things over the summer to make sure I was ready for college auditions,” she said.

Murphy said she is most drawn to the Broadway-style songs.

“Jazzy songs are awesome,” she said. “Growing up, my parents would play songs during family dinners on the porch. Researching songs for the Academy, I didn’t realize how many of them I already knew. I’m looking forward to learning as much as possible during the masterclasses.”