You are at:Home»Current in Noblesville»Noblesville Cover Stories»‘READI’ for it: Noblesville leads regional charge in pursuit of $50M grant to improve White River opportunities

The City of Noblesville is leading the charge with several other communities to attempt to be named a Regional Economic Acceleration and Development Initiative Grant recipient and receive up to $50 million for the region.

The initiative, also known as the READI Grant, was created by Gov. Eric Holcomb. The state has dedicated $500 million to promote strategic investments to make Indiana a magnet for talent and economic growth, with each winning region eligible for up to $50 million.

If Noblesville’s region wins, the dollars will go toward the White River Regional Opportunity Initiative. 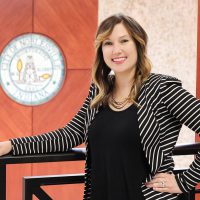 When the grant was announced, the City of Noblesville engaged with a consultant and united a group of mayors from Fishers, Carmel and Indianapolis.

“They all got together on the phone and decided to base the READI application around the White River Vision Plan,” Reed said. “I’m very thankful they did that, because doing the grant without some basis would be very hard.”

Reed said Noblesville is defining its region to include counties near the city that are contributing to or are affected by the White River watershed, labor shed and what the city is calling its “recreation shed.”

“That basically means that people will travel up to a certain distance to use an amenity like the White River,” Reed said.

The city is asking for information from each municipality in the region to propose projects they feel fit the White River Regional Opportunity Initiative, and then a steering committee of representatives from each community will prioritize and rank the projects based on a set of criteria.

For Noblesville, Reed said there are three ideas the city plans to submit. The three themes the projects must relate to are environment, equity and economy.

“Noblesville has at least one project for each of those,” Reed said. “One of the projects is we’ve engaged a consultant that was integral in the White River Vision Plan to look at the hydrology of the White River to make sure the ecology of the river itself is sustainable or else it won’t be an asset to all of us.”

Another project Noblesville will propose involves working with Nickel Plate Arts for culturally related arts projects along the river.

“One of the things the READI Grant allows us is the ability to move further with a couple of these concepts for projects,” Reed said.

The deadline to submit the plan is Aug. 31. Reed said the state will review the applications in September and October and that Noblesville and its region might be notified if it is selected to receive the grant in November or December.

The White River Vision Plan was published in 2019 and divides the river into zones intended to reflect the character of the surrounding community. It identified seven anchor areas for exploration. It also outlined proposals for the future of the river, such as a viewing tower at Strawtown Koteewi Park, enhanced river access in downtown Noblesville, improved pedestrian crossings near Conner Prairie and more. 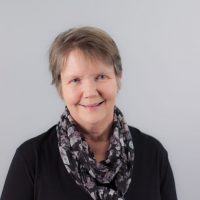 Hamilton County Tourism President Brenda Myers said the WRVP is a 30-year plan and that organizers likely will pursue many grants to further the river’s reach and development.

“When the READI Grant opportunity came up and when the community leadership decided that the White River would be the spine of this redevelopment idea, we were thrilled, obviously, because it would give such a lift to the White River itself and to the communities around it,” Myers said. “So, we have now just been working with that team to provide those supportive services and information. We have been studying (the White River Vision Plan) for four years and (the READI Grant team) has been really generous in letting us talk to them about the vision of the plan.”