You are at:Home»Lifestyle»Health»Carmel-based 30e Scientific honored for device that uses ozone to sanitize hands

30e Scientific was poised to lend a huge hand when the COVID-19 pandemic began.

The Carmel-based company has already been actively working on a device known as Iggy to make cleaning hands easier. 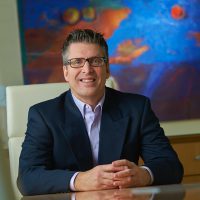 “We started working with the FDA and still are to produce a device that will sanitize the hands in seven seconds,” said Thomas Foust, 30e Scientific chief executive officer and co-founder. “Then the pandemic hit and lo and behold, we started getting calls to purchase our device from schools, sports stadiums, office buildings, the City of Carmel, restaurants, cruise ships, airlines and all kinds of places.”

“It’s known to be a disinfectant of viruses, bacteria, spores and fungi,” Foust said. “Our device is powered by aqueous ozone.”

30e Scientific won the Tech of the Year from the Mira Awards.

“We were selected to be on ‘America by Design,’ which is an honor in itself,” Foust said of the TV show. “Then we recently won the ‘America by Design’ People’s Choice award (for saving lives with engineered water). We’re proud to represent the state of Indiana.”

30e Scientific has an agreement with Astronics Company to manufacture Iggy. PDT, which is owned by Astronics, designed the hand hygiene device.

“We started shipping units and we’re producing units right now,” Foust said. “We’re in Brookshire Golf Club and some of the civic buildings.”

Iggy is being used in numerous schools in Atlanta, Hancock Regional Wellness Centers and by the City of Carmel at Brookshire Golf Club, City Hall and the IT department. Others in Carmel are planned for the fire, police and streets departments.

30e Scientific was co-founded in 2018 by Foust, chief mission integration and sales officer Sam Howard and chief medical and science officer Dr. Robert Lubitz. Howard is based in Carmel and Lubitz in Atlanta.

“Our goal is to bring good to the world and keep our communities healthy,” Foust said.