You are at:Home»Current in Fishers»Fishers Cover Stories»‘Just teaching music’: Students try their hands at various styles to find their fit at Bach to Rock

Four children between ages 5 and 7 are splitting up after a group learning session and heading to individually placed keyboards around the wall in a group learning room inside Bach to Rock’s Fishers location at 12514 E. 116th St.

The children, part of the music school’s Kids N Keys program, are learning the basics of piano so that they can progress to eventually master the chords used by musicians such as Johann Sebastian Bach, The Beatles, or popular South Korean group BTS. At Bach to Rock, students learn an eclectic mix rather than focusing on a particular style. 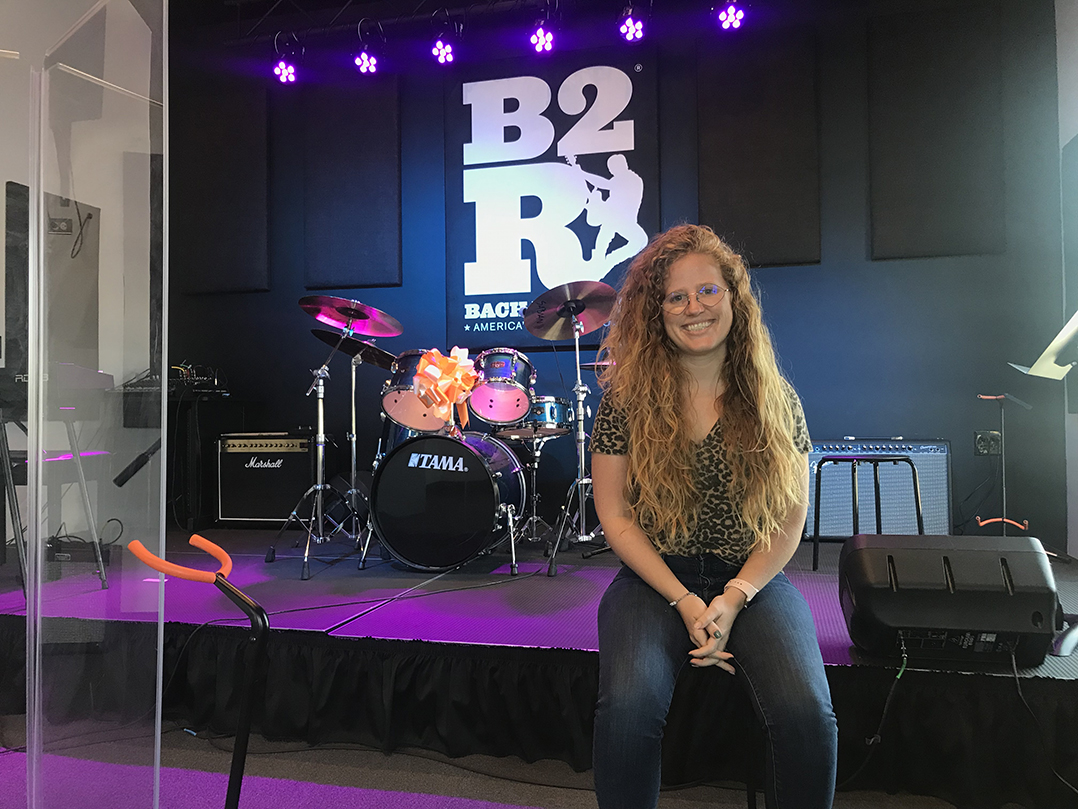 Kellie Miles-Frank before the stage inside the Fishers Bach To Rock, the music school uses the room not just for performances but also for larger group lessons.

Miles-Fink, who also is the director of the Fishers location, has a background in singing. She started in choral ensembles and continued through college. She sang at Indiana University and at Marian University while pursuing a master’s degree. Her first job out of school was as a fifth-grade music teacher in Indianapolis.

In 2018, the Flickner’s were looking for early childhood piano instructors. Along with playing the piano as a little girl, Miles-Fink saw the opportunity to combine her passion for music with her love for education.

“I really knew that I wanted to work with kids, and I love education, and that’s part of what appeals to me about Bach to Rock,” Miles-Fink said. “It has this great curriculum, and everyone is learning, which is fabulous.”

Miles-Fink rose from her role as instructor to working the front desk to becoming the Carmel location’s first assistant director, a position she held for two years. In early 2021, she and the Flickners decided to expand and opened the Fishers location as 50/50 business partners.

“It’s amazing what young people can learn and how quickly they can accomplish things,” Miles-Fink said. “(Seeing that growth) is one of the things that made me feel that (teaching children music) is one of the best jobs in the world.”

Although most of the school’s programs are targeted to children, there is no age for lessons at Bach to Rock. It has programs for toddlers and lessons for adults.

“We get a lot of adults who have never played before, or adults who have had a bucket list of learning an instrument, or we get people who played an instrument as a kid and have always dreamt of coming back,” Miles-Fink said. “And that’s really special to see the rekindling of the love of music.”

To help Miles-Fink, who teaches some of the lessons, the school brings in experienced musicians. Some are studying music in college and others have advanced degrees in music. And some, like Corey Dossett-Ware, are former teachers. Then there is Buong Hoo Lau, who teaches at Bach to Rock and once ran a music school in Malaysia.

“My wife and I are so thankful to be able to teach here at Bach to Rock. We are very comfortable with the system here,” Lau said. “They don’t just learn some method (practicing) books but also chords and play at their own pace. It’s really helpful.” 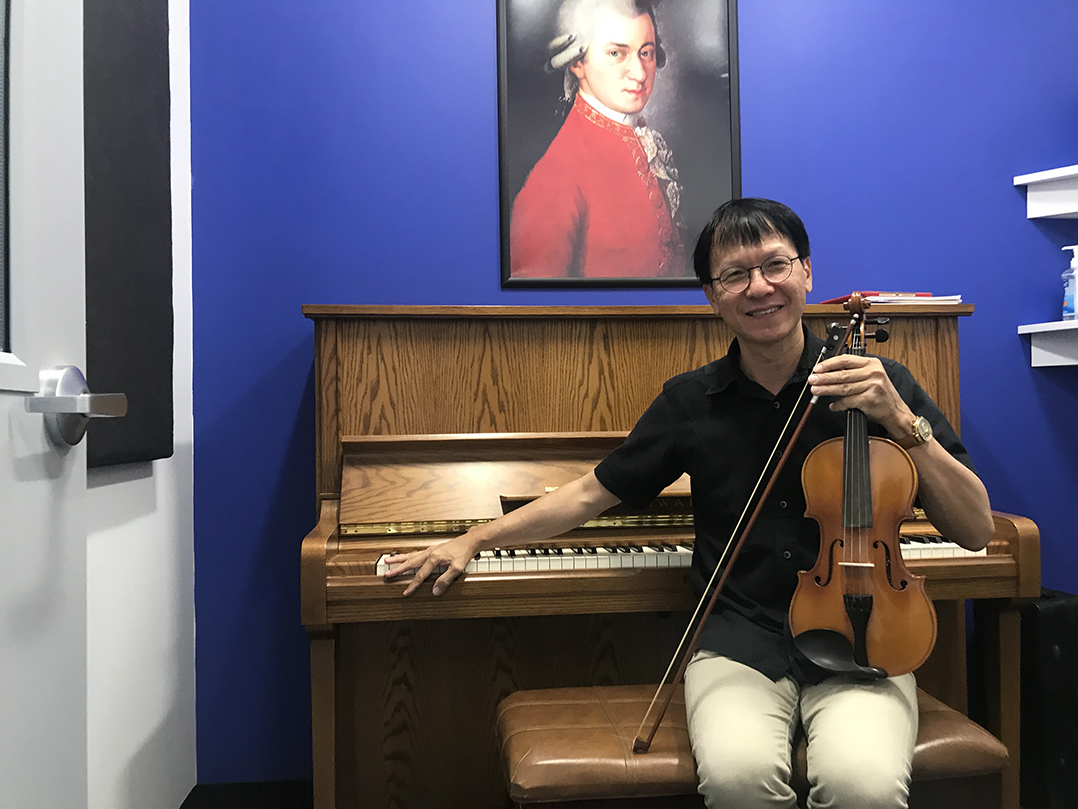 From Malaysia to Fishers

Buong Hoo Lau, an instructor at Bach To Rock who specializes in the violin, took a long and winding journey to end up at the Fishers music school.

A year ago, Lau returned to Indiana after spending more than 20 years in his native Malaysia, running an American–style music school in his hometown of Miri.

“We tried to bring our education system here (in America) home,” Lau said.

Lau said that the education system in Miri was structured like a British system, which Lau found too rigid and focused on exams. He preferred the American system that focuses on recitals and boosting a student’s creativity and freedom.

“The students would be so stressed and weren’t having fun,” Lau said. “So, we decided, ‘Let’s make recitals the ultimate goal so they can perform on the stage.’”

After a couple of decades back in Malaysia, Lau returned to Indiana to be closer to his children, who are studying in college. His son is at Purdue University and his daughter at Emory University.