You are at:Home»Current in Fishers»Fishers Community»Hamilton East Public Library to feature two authors for presentations on diversity

Hamilton East Public Library Deputy Director of Impact Lori Holewinski said not many authors have visited the during in her 28 years of working there.

The library wanted to change that, so it formed an events-planning and programming committee several years ago. The effort paid off, and two authors will participate in events at the library later this month and into October. The events will focus on diversity. 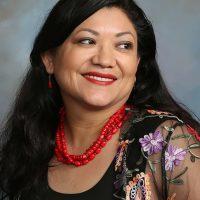 Reyna Grande, author of “The Distance Between Us,” will speak at two in-person events. Duncan Tonatiuh, author of “Pancho Rabbit and the Coyote,” will present virtually.

“The Distance Between Us” is designed for readers in grades 6 to adults.

“Reyna arrived in the United States as a child in the ‘80s as an undocumented immigrant,” Holewinski said. “It’s really a story of the separation between her and her parents as she was growing up, and they were already in the United States trying to make a living and bring their kids over. There was a period of time she was not living with her parents, and she was living with family in Mexico. (The book tells the story of) that experience as a child and then her experience after she came to the U.S. as a child not being an English speaker and needing to go to school and learn how to live in a totally different environment.”

“He went to school in the U.S., and he is an author/illustrator. He does kids’ books,” Holewinski said. 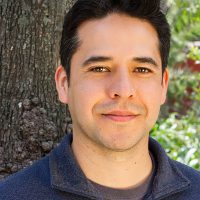 The library picked Tonatiuh to speak about “Pancho Rabbit and the Coyote” because it is an award-winning story and pairs well with “The Distance Between Us.”

“The picture book is an allegory. The father is a migrant worker and they’re celebrating him coming back to their village in Mexico. The characters are all animals,” Holewinski said.

Grande will present two times at the HEPL branch in Fishers, 5 Municipal Dr.,in person Oct. 2. The events are at 1 p.m. and 4 p.m. The library is offering free copies of “The Distance Between Us” so readers can obtain copies before the event. Grande also will discuss her book virtually at 7 p.m. Sept. 23.

Tonatiuh is conducting his visit virtually. He will present at 7 p.m. Sept. 21 for parents and educators, and then will read his book at 2 p.m. Sept. 25. To register for either event, visit hepl.lib.in.us/2021-books-build-bridges/.

“Both events are at the Fishers library due to our construction on our meeting rooms here at Noblesville, so we are not able to be using those right now,” Holewinski said.