The Fishers City Council met Sept. 20. Its next meeting is scheduled for Oct. 18 at City Hall, 1 Municipal Dr. For more, visit fishers.in.us.

What happened: The council unanimously approved an ordinance authorizing the issuance of Sewer Works Revenue Bonds to procure funds to finance the acquisition of Hamilton Southeastern Utilities.

What it means: Fire Station 97 will be constructed in northeast Fishers. EMS personnel is stationed at IU Saxony, and the approval will allow for a full fire station. Construction is slated to begin in mid-October and the station is scheduled to open in late summer 2022. Bonds for the station will not exceed $9.4 million.

What it means: The item is the final step in authorizing an issuance of bonds for $15 million for the final piece of completing the below- and of-grade interchanges for the project. City Controller Lisa Bradford said the bonds won’t be needed until January 2022, but the item was brought before council early so in case interest rates increase, the city can act on acquiring the bond with the lowest rates possible.

Council member Jocelyn Vare requested that the city’s engineering department present a public update on the project and associated bond before the end of the year.

Director of Engineering Jason Taylor said a public information meeting was scheduled for Nov. 1 to provide an update on the State Road 37 Project and how the city plans to finish it.

What it means: Because it was an introduction, a vote wasn’t taken.

What happened: The council heard an introduction for the 2022 salary ordinance.

What it means: The ordinance establishes the maximum biweekly salary for each city position. Because it was an introduction, a vote wasn’t taken 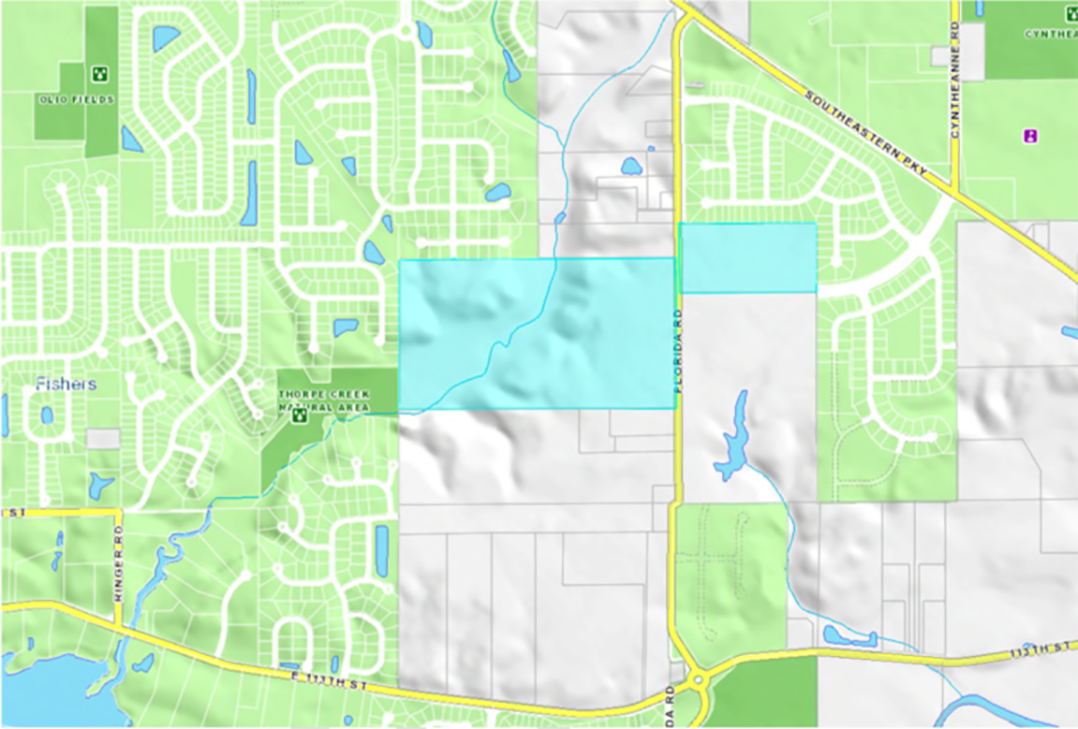 A map of where the Cove at Thorpe Creek is slated to be built. (Image courtesy of the City of Fishers)

What happened: The council heard an introduction for a request to approve an annexation of two lots known as the Cove at Thorpe Creek.

What it means: The annexation would bring two lots into the proposed development consisting of 106.88 acres northwest of Florida Road and 113th Street. Because it was an introduction, a vote wasn’t taken