You are at:Home»Current in Noblesville»Noblesville Community»Mock Trial becomes tradition for county high schools

The competition is open to all high schools in Hamilton County. 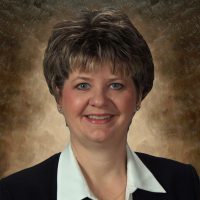 Gookins said each team is permitted to have seven to 10 students. The students are given a criminal or civil case, provided by the Indiana Bar Foundation. The Bar Foundation also conducts a statewide Mock Trial competition.

“We are not affiliated with that. It’s just a special competition they give us permission to put on,” Gookins said. “Students prepare both sides of the case, plaintiff and defendant. They are provided an attorney observer, from Hamilton County, generally, who volunteers their time.”

Gookins said the attorney helps the teacher sponsor to prepare students how write an opening statement, how to make objections and learn the rules of evidence.

The competition is held at the Judicial Center in Noblesville in January and February.

“For five weeks, the teams come together once a week and compete against one another,” Gookins said.

Gookins, who lives in Washington Township outside of Westfield, sets up the pairings.

“We invite elected judges and other attorneys to come in and judge the rounds of competition,” said Gookins, an attorney with Terry & Gookins LLC in Carmel.

After the five preliminary rounds, Gookins said the teams are seeded like the NCAA Tournament. A single-elimination tournament follows to determine the winner.

There are always six witnesses, three each for the plaintiff and defendant. There are two attorneys for the defense and plaintiff.

“Kids can play two roles, be a witness for the defense and the plaintiff, or one student for each role,” Gookins said.

There is an award for best person in each role. A senior is awarded a $500 scholarship from the Bar Association based on nominations by their teachers and attorney advisors. It’s based on their leadership in the mock trials and someone who wants to pursue a career in the legal system, but it’s not a requirement.

Gookins said most schools have one or two teams.

“In some schools, kids that participate in theater or drama like to play the role of the witness,” Gookins said. “There are a substantial amount of students who do speech and debate or We the People, things that do involve critical thinking and public speaking.”

Gookins said nearly all the county schools have participated during the years.

“Last year, Westfield and Hamilton Heights didn’t participate because we had to do it virtually,” Gookins said.

Fishers won the competition for the first time in 2021.

“Hamilton Southeastern, Carmel and Noblesville have historically won every year,” Gookins said. “It’s been around for 21 years. One of those three schools have won almost every year.”

Gookins has been the Mock Trial coordinator for 13 years. She has participated for 20 years, taking one year off when her son was born in February.

The 2022 dates are Jan. 12, 19, 26 and Feb. 2 and 9. The single-elimination tournament will begin Feb. 16 and end either Feb. 19 or 26. Gookins said if students have interest in the Mock Trial Club, they should ask their government or history teacher how to participate, or they can email Gookins at sgookins@tandglaw.com.